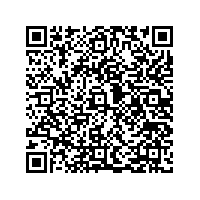 LEWA is growing and strengthening its international presence

LEWA is continuing to grow: 25 percent extra turnover in the Group, more than 30 percent at the headquarters

(PresseBox) ( Leonberg, 08-05-02 )
LEWA ranks among the competence leaders worldwide in liquid metering, particularly at critical conditions. There are hardly any alternatives to this manufacturer's hermetically sealed process diaphragm pumps and metering systems for applications involving critical processes and requiring a high level of safety.

LEWA GmbH of Leonberg has received the 2007 Frost & Sullivan Award for "Product Line Strategy for Pumps in the European oil and gas industry."

And LEWA is also very successful on a commercial level: in the 2007 business year, 600 employees worldwide generated a turnover of 125 million euros, with 16 subsidiaries and representative offices in 60 countries - that's a 25 percent rise throughout the entire Group. At the headquarters in Leonberg, LEWA achieved an even greater rise in turnover of around 30 percent.

For the purpose of continued growth, LEWA is expanding its international presence. As a result, the company is currently restructuring its after sales sector with the objective of optimizing customer proximity, not just organizationally, but also geographically. One example is the on-site service in the Middle East, which will be made even more effective with the installation of a service center in Dubai in addition to the already existing distribution company.

Last, but not least, LEWA is improving its offer in North America, and with the purchase of Capital Process Equipment, Inc. (CPE) in Houston, Texas, is strengthening its competence in the oil and gas sector. CPE [www.capitalprocess.com ] is one of North America's biggest specialist suppliers of equipment and systems for chemical metering in offshore extraction.
"CPE has long-standing experience in this sector, and this expertise makes CPE our ideal partner for the further development of important markets in the oil and gas sector, for example in Texas and in the Gulf of Mexico," explains Bernd M. Stütz, LEWA CEO. According to Stütz, this acquisition is apparently an important step for LEWA's further growth, and offers the US market in this segment considerable turnover potential. The planned joint activities include customer supervision in the sector of oil and gas, as well as in the petrochemical industry.