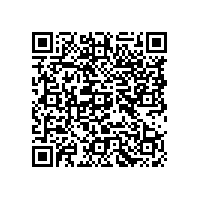 Supporting a maximum of 1,536x1,536 crosspoints, Nova37’s plug-and-play set-up is perfectly suited to small-sized audio networks – connect your mixing consoles and I/O systems via RAVENNA/AES67 or MADI, and the audio network is immediately up and running, providing access to all sources. Network user rights are easily managed directly from the console’s touchscreen using Lawo’s intuitive one-touch rights management system. In addition to the standard presets offered by the Nova37, configuration can optionally be customized to a specific installation’s requirements. And, as it uses inaudible cooling fans, silent operation means that it can be placed anywhere in a setup.

With eight RAVENNA/AES67 ports (RJ45 or optical via SFP) and eight MADI ports (optical via SFP), providing extensive connectivity, the use of redundant PSUs ensures its reliability in critical applications.

Lawo designs and manufactures pioneering audio and video technology for TV and radio broadcast production, post-production, as well as live performance and theatrical applications. Products include digital audio mixing consoles, routers, video processing tools as well as IP-based video and audio transport solutions. All products are developed and manufactured according to highest quality standards at the company's headquarters in the Rhine valley town of Rastatt, Germany. For additional information, please visit the company online at www.lawo.com.