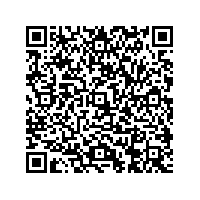 
First U.S. & European sales of MagnetOs
Commercial rollout in the U.S. and Europe on track
Preparation for Phase II clinical study of Fibrin-PTH in spine on track
Raised CHF 16.1 million to advance product pipeline and commercialization of MagnetOs


Kuros Biosciences successfully delivered on its targets in 2018, realizing first sales of MagnetOs and confirming its successful transition into a fully-fledged orthobiologics company with scientific, clinical, and commercial excellence in bone regeneration.

Kuros raised gross proceeds of CHF 16.1 million from a capital increase to advance its pipeline, in particular the Phase II clinical study of its proprietary KUR-113 product candidate in spinal fusion, and to progress commercialization of MagnetOs in the U.S. and selected geographies in Europe.

The commercial rollout of MagnetOs continues apace in both the U.S. and Europe, after first sales were recorded in 2018.

Joost de Bruijn, Chief Executive Officer, said: “We have made significant progress at all fronts in 2018, making this a transformational year for our company as we pursue our new strategy. The first sales of MagnetOs are a significant achievement and a marker in the history of the company, as we focus on the commercial opportunity of cutting-edge orthobiologics and the commercial rollout is advancing on both sides of the Atlantic. Beyond this, we are driving forward the exciting clinical program with Fibrin-PTH in spinal fusion, which represents a huge commercial opportunity.”

The Net loss for 2018 amounted to CHF 11.7 million, compared to CHF 16.5 million in 2017. The main2 reason for the substantial decrease of CHF 4.8 million are a reduction in General and Administrative expenses and income tax effects.

Recent developments after the reporting period

On February 8, 2019 Kuros’ Dutch subsidiary, Kuros Biosciences BV, has signed a private label Original Equipment Manufacturer (OEM) agreement with SeaSpine Holdings Corporation (NASDAQ: SPNE), a global medical technology company focused on surgical solutions for the treatment of spinal disorders.  Under the agreement, Kuros will supply the bone graft in various forms and SeaSpine will market the products under the brand name OsteoCurrent in the U.S. and other selected markets in Europe, South America and the Middle East, providing the necessary regulatory approvals are achieved. Initial sales in the U.S. are expected prior to the end of H1 2019. Terms of the agreement were not disclosed.

On March 13, Kuros received clearance for the Kuros TLIF cage from the U.S. Food and Drug Administration (FDA).

Pfizer Vaccines LLC. has recently informed Kuros that it will discontinue the development of the licensed legacy programs from former Cytos Biotechnology Ltd. and therefore the agreements were terminated.

On April 8, the U.S. Food and Drug Administration’s Office of Combination Products (OCP) notified Kuros that the Center for Drug Evaluation and Research (CDER) will have primary review of the fibrin-PTH (KUR-113) Combination Product, paving the way for filing an Investigational New Drug (IND) application to initiate human clinical studies. Importantly, the FDA has also indicated that KUR-113 would not work only or be limited to Kuros’s own proprietary cage, but may be used with multiple cleared cages to achieve spinal fusion. This potentially opens up a substantially larger opportunity in the spinal fusion market.

In April 2019, Kuros entered into a convertible bond financing agreement with Nice & Green S.A. for up to a maximum of CHF 5 million. Nice & Green is a private Swiss company which specializes in financing solutions tailored to the requirements of listed growth companies in the biotech and clean-tech industries. This agreement can be extended for an additional CHF 5 million over a further 12 months. The facility enables Kuros to draw 12 equal tranches representing 100,000 shares each over 12 months against issuance of convertible bonds. The convertible bonds are mandatory convertible into equity at the discretion of Nice & Green S.A. within a period of 12 months, with a conversion rate of 95% of the lowest volume-weighted average price during the six trading days preceding the conversion date.

Kuros’ products are advancing according to plan, with MagnetOs generating sales in the U.S. and in Europe. Kuros is financed to further drive the commercialization of MagnetOs in the U.S. and to execute the Phase II clinical study of Fibrin-PTH in spinal fusion.