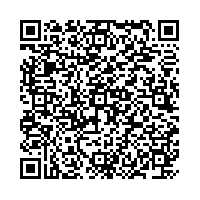 52 stamped parts inserted into the injection molding machine in 35 seconds with a precision level of 0.1 millimeters

(PresseBox) ( Augsburg, 17-06-27 )
The primary objective at Possehl Electronics is absolute precision. At the company’s site in Niefern near Pforzheim in Baden-Württemberg, Germany, Possehl develops and manufactures highly complex electro-mechanical precision components for the automotive industry, which involves stamping, galvanic coating and injection molding operations as well as automation solutions. Since 2013, Possehl has been reliant on robot-based automation across three production lines in order to manufacture complex control casings for electric power steering in various models produced by well-known car manufacturers. At the Group’s primary plant in Niefern, a total of 25 KUKA robots insert stamped parts into injection molding machines with a precision level of 0.1 millimeters and very short cycle times using special grippers.

Future philosophy in technology (fpt) – this has been the leitmotif of the fpt Group since its incorporation in 1982. The KUKA system partner, with its headquarters in Amtzell by Lake Constance, develops robot-based solutions for its customers. “One of our focal points is the automation of plastic injection molding and metal-cutting machines in production,” explains Harald Gläss, Managing Director of fpt. The gripper technology for the robots is produced exclusively in-house. Thanks to its control platform, combined with user interfaces developed by fpt, Gläss is left in no doubt that KUKA not only provides the system user with an integrated operator control philosophy, but is also able to offer system-specific modifications. “These criteria are incredibly important for the implementation of complex systems,” says Gläss.

The aim was to ensure that Possehl could not only handle a wide range of different components in a robust and reliable manner, but also coordinate multiple processes and maintain extremely short individual cycle times. The final two requirements were a high level of availability and very high quality requirements. “In terms of robot kinematics, our flexibility requirements meant that only articulated robots could be taken into consideration,” says Gläss. In addition, the only way to make the operating and programming interface compatible with the injection molding machines was to combine the KUKA robots with an fpt user interface. “At times we had to teach the robots to within 0.1 millimeters to achieve the required level of precision,” recalls Gläss.

At Possehl in Niefern, a total of 25 KUKA robots now work precisely and reliably in three production lines – these include several small robots from the KR AGILUS series, a KR 5 arc robot and several KUKA robots from the medium payload range. The production processes carried out at the three lines are similar: “Trays stocked with leadframes are delivered to a robot cell in stacks via a conveyor belt,” explains Robert Tesch, Head of Industrial Engineering for stamping, injection and automation technology. A KUKA robot of type KR 5 arc then removes the uppermost tray and places it on the stillage. It picks up empty trays and stacks them on the output conveyor. A KUKA preparatory robot of type KR 6 R900 then places the leadframe into the stamping die on a rotary indexing table with four stamping tools which separate the vehicle connector pins from the leadframe. Four KR 6 R900 KUKA robots from the KR AGILUS series each remove five vehicle connectors, three sensor pins and two battery connector pins from the stamping tools and place them into two transfer sliders which represent the central interface between the preparatory and injection molding processes. A KUKA robot from the medium payload range loads the injection molding machine. “This robot and the KR 6 R900 robots are the cornerstone of the system,” says Tesch. They work together in perfect synchronization and with the utmost precision to ensure that 52 stamped parts are inserted into the injection molding machine in the shortest time possible with a precision level of 0.1 millimeters. The KUKA robot from the medium payload range uses its special gripper to remove the prepared raw parts from the transfer slider four at a time and place them into the tool where they are injection-molded into technical plastic components. It then sets the completed control casings down at a transfer station. There they are collected by a small KUKA robot and placed in a tray on a round table for a final inspection prior to the sorting stage.

“This solution has significantly contributed to increased productivity,” says Tesch with delight. Possehl Electronics uses these system and production concepts in Niefern in an effort to put highly standardized and robust automation concepts into series production, thereby reducing system costs and implementation times. This is the only way to develop competitive concepts for customers and also to make the German site a profitable production location in global terms. “Due to the positive experiences we have had, we will continue to deploy six-axis KUKA robots and make use of those that are currently in use for subsequent generations,” says Tesch.

Recommend 52 stamped parts inserted into the injection molding machine in 35 seconds with a precision level of 0.1 millimeters press release