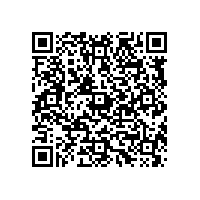 Divert-air valves around the globe

(PresseBox) ( Neckarsulm, 17-04-19 )
The Automotive arm of the Düsseldorf-based Rheinmetall Group has won a contract with a lifetime volume of over €90 million for a new generation of divert-air valves. A leading American automaker placed the order.

Pierburg, a Rheinmetall Group subsidiary, will manufacture the components at its facilities in Neuss (Germany), Kunshan (China), and Fountain Inn (South Carolina, USA), which will be shipped to the customer's plants in Europe, Asia and the NAFTA region, respectively. This arrangement meets the customer's requirement for local production, which is set to start in 2018. The contract will run for six years. The divert-air valves will be installed in the US auto manufacturer’s internationally built high-volume production series.

Rheinmetall Automotive’s Pierburg brand is regarded as the world market leader in divert-air technology for turbochargers, and has been manufacturing comparable valves since 2004. Its customers include nearly all the major OEMs as well as turbocharger manufacturers. The new product generation is especially well suited to the high ignition pressures of today's engines, and can be installed both on the turbocharger and in the charge-air line. The downsized design delivers package advantages, facilitating installation in the engine compartment. Other benefits include an approximately 10-decible reduction in valve opening and closing noise, equating to a 50% decline in audibility.

The electric divert-air valve goes into operation whenever the driver takes his or her foot off the accelerator and the throttle flap is closed. Without this regulating function, rising pressure could damage the turbocharger. Also advantageous, the turbocharger can continue to rotate freely, while the repeated rise in pressure after shifting gears or when re-accelerating is shortened; finally, the turbocharger accelerates more rapidly, resulting in improved response and elimination of "turbo lag."