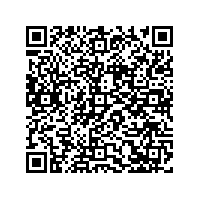 KROMI Logistik AG, supplier of integrated tool logistics solutions for manufacturing companies, has succeeded in significantly increasing sales revenues by 6.3 % in the first nine months of the financial year 2016/2017. Revenues of KEUR 54,269 were generated between 1 July 2016 and 31 March 2017 (previous year: KEUR 51,045). This means that KROMI Logistik grew faster than the market and significantly boosted operating earnings (EBIT) to KEUR 1,659 (previous year: KEUR 409), also due to calculated foreign exchange effects.

In the first nine months of the financial year 2016/2017, KROMI Logistik's growth path was maintained with sales and earnings showing positive developments. In line with strategic objectives, the company succeeded in further expanding its customer base and maintaining the good growth of its business in Germany and abroad. For example, domestic sales grew by 5.0 % to KEUR 33,051 (previous year: KEUR 31,488), and outside of Germany they improved by 8.5 % to KEUR 21,219 (previous year: KEUR 19,558).

"With positive sales developments in and outside Germany, we are holding our course for further profitable growth. Within Germany, we were able to increase sales primarily by winning new customers. In other European countries, the turnaround was maintained, not least in Spain, and this was reflected in the continued positive development of our business. We also want to benefit from this development in the future. Outside Europe, our business in Brazil has shown extraordinarily positive growth. Thanks to excellent performance in winning new customers, we achieved sales growth there of 60 % in the local currency of Brazilian Real — in spite of an economic climate that remains challenging", explains Jörg Schubert, Chairman of KROMI Logistik.

These pleasing trends in the reporting period are also reflected in earnings. KROMI Logistik was able to increase operating earnings to KEUR 1,659 (previous year: KEUR 409), a significant improvement that was also due to calculated foreign exchange effects. Uwe Pfeiffer, Finance Director of KROMI Logistik, is satisfied with the overall course of the first nine months. "Our operating business proved extremely robust in the first nine months of the financial year 2016 / 2017 in spite of economic challenges. The increase in sales and the significantly higher operating earnings represent confirmation of our path of profitable growth. In addition, we have a healthy equity base as well as sufficient liquidity reserves." For the first nine months of the financial year 2016 / 2017, KROMI Logistik posted operating results of KEUR 1,277 (previous year: KEUR 1,227) which represented a small increase once adjusted for foreign exchange effects, while the consolidated result shown amounted to KEUR 952 (previous year: KEUR -352).

Jörg Schubert adds: "In view of the results of the first nine months we remain confident that we can achieve our operating targets for the financial year 2016 / 2017. In order to exploit growth opportunities in the future, we invested in our staff and organization in the reporting period. The introduction of SAP was successfully implemented within a very short period of time, and further IT measures were initiated to optimize the digital integration of customers and suppliers. Moreover, we are successively aligning our range of services with the scope of Industry 4.0 in order to further optimize our customers' value chains in our role as data managers in production."

In the course of the day, KROMI Logistik will provide its complete report for the first nine months of 2016 / 2017 prepared in accordance with IFRS on its website www.kromi.de in the Investor Relations section for downloading.