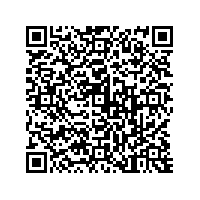 (PresseBox) ( Würzburg, 09-02-02 )
With a decision to invest in a further 32-page KBA Commander CT press, newspaper publisher Main-Post has again placed its faith in highly automated compact newspaper press technology from Koenig & Bauer. The Würzburg-based media group had previously also been very closely involved in the actual development of this innovative approach to newspaper printing. The original four-high tower, which was installed in 2006, was expanded into an eight-high tower in summer 2008 - the first in the world for conventional wet offset. For the next stage of modernisation at its print centre in Würzburg, a third press section with another two compact towers was ordered in January 2009. These two four-high towers, which measure up at a height of just 4.5 metres, are to replace the four towers of a KBA Express press dating from 1992 and 1996. Main-Post managing director David Brandstätter: "By January 2010, we will have three press lines which are all able to produce in full colour. That will give another considerable boost to our flexibility and performance. At the same time, we will achieve an ever better print quality, and can also improve our energy balance thanks to the lower power consumption."

The new 32-page section of the KBA Commander CT is to be delivered in summer 2009 and is scheduled to go on stream in January 2010. Designed for a cut-off length of 500 mm and a maximum web width of 1,400 mm, the press is tailored specifically to the slightly reduced Rhine format preferred by Main-Post. In addition to the two towers, which are both equipped with fully automatic KBA PlateTronic plate changers, automatic KBA RollerTronic roller locks and KBA NipTronic bearings, the order covers also two Pastomat reelstands, two turner decks, a folder superstructure with two formers, a KF 5 jaw folder and two ErgoTronic control consoles. The new press section is furthermore to be integrated into the existing ABB production management and press presetting system MPS Production. Andreas Kunzemann, technical manager of the Main-Post group: "In future, we will be able to print up to 47,000 newspapers per hour, and that with only a minimum of conversion for the various local editions."

After its renewed decision in favour of the innovative Commander CT, Main-Post finds itself in illustrious company. Just a few weeks before the new installation enters production in Würzburg-Heuchelhof, a major triple-width Commander CT 6/2 press line with a total of 15 towers will be starting up for the first time at the New York Daily News.

This is how the KBA newspaper press line at Main-Post will look after the expansion in 2010. On the left, the two original Commander CT towers, stacked to form a compact eight-high tower. To the right of this, and more or less equal in height despite having only eight printing couples, a conventional KBA Commander press which has already been in use for several years. On the far right, the new KBA Commander CT section