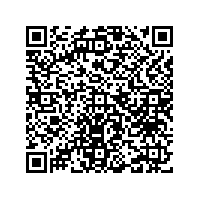 The upturn in demand for printing presses that first became evident in March continued in the summer months, but has been weaker than in other engineering sectors. The global volume is still well below the pre-crisis levels of September 2008, largely due to shifts in the media marketplace and structural changes in the printing industry.

Gains in both business divisions

The order intake for sheetfed offset presses increased by 24.3% to €462m (2009: €371.7m), while major contracts for newspaper presses and buoyant demand for niche products sent the volume of new orders for web and special presses soaring by 73.6% to €539.2m (2009: €310.6m). Year-on-year, sheetfed offset sales improved by 8.5% to €346m. Although slack demand last year for big, multi-unit installations continued to weigh on sales, the web and special press division posted a modest gain of 1.8% to €426.1m. The influx in orders for big newspaper presses booked in the third quarter will not be reflected in sales until next year.

The group order backlog on 30 September was worth €564.1m, a 26.3% gain on the prior-year figure of €446.5m. At €208.2m, the volume of unfilled orders in the sheetfed division will keep it busy for a good few months, while the backlog of orders for web and special presses climbed to €355.9m, raising the level of plant utilisation in this division, too.

At the end of September there were 6,437 employees on the group's payroll, 658 fewer than at the same time last year. Since the financial crisis broke in summer 2008 it has shed around 1,700 jobs. Even so, to maintain the high standard of technological skills necessary in the international printing press market KBA took on 419 apprentices and interns at the beginning of the new academic year, raising its training level from 5.8% to 6.5%. For the past 140 years the world's oldest press manufacturer has run a government-approved training school at its main plant in Würzburg.

Notwithstanding an increase in working capital to support a bigger turnover in the fourth quarter, higher earnings and payments received helped to swell cash flows from operating activities to €11.6m (2009: €9.5m). This was much better than the half-year figure of -€18.1m. Following investment payments the free cash flow came to €0.4m (2009: -€4.6m). Alongside access to ample credit lines the group had funds amounting to €67.9m. Its net financial position remained positive at €24.7m, due in part to a reduction in bank loans to €43.2m. Despite a €69.6m increase in the balance sheet total to €1,130m the equity ratio was an above-average 37.3%.

The export level rose to an exceptionally high 87.8%. The proportion of group sales generated in the rest of Europe (30.3%) was well below the pre-crisis level, having slipped from 34.8% last year. The same applied to North America (9.7%). By contrast, sales to Asia and the Pacific accounted for 26.8% (2009: 23.5%) of the Group total, largely thanks to brisk demand from China. The figure of 21% for Africa and Latin America was also much higher. On the whole, KBA's sales distribution reflects major regional differences in global market activity.

Positive outlook for 2010 - dividend on the cards

In the third-quarter report KBA president Helge Hansen reaffirmed the goals for 2010 stated in the spring: "I am confident that the scheduled rise in fourth-quarter sales will enable us to boost the year-end total by around 7% to achieve our goal of €1.1bn-plus. On current readings, our pre-tax profit will also be appreciably higher than in 2009 (€2.7m). If this is confirmed at the end of December, we shall consider paying a dividend again after a two-year hiatus."

KBA is still pursuing its goal of engaging in a new, high-potential field of operation alongside its core business of press technology. Says Hansen: "Unfortunately this is taking far longer than I originally expected and predicted. Not every project that at first glance appeared promising and relatively quick to implement could withstand closer scrutiny."

In view of the current economic and political uncertainties management will not be venturing any projections for 2011 until March next year, when KBA's financial statements for 2010 are published.