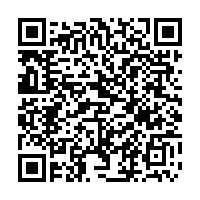 Heading back to the black

(PresseBox) ( Würzburg, 10-08-13 )
.
- Jump in orders for both sheetfed and web presses
- Higher level of capacity utilisation
- Return to fulltime work at most plants
- Good liquidity, no net debt
- Outlook: sales of €1.1bnplus and higher pretax profit

Following the release of preliminary figures on 20 July revealing a perceptible upswing in the print media industry and a yearonyear increase in new orders of almost 39%, German press manufacturer Koenig & Bauer AG (KBA) has now fleshed out the details in its halfyearly report. Compared to the same period last year group sales were up 4.5% at €473.2m and the pretax loss was slashed from €47.4m to €22m, €21.3m of which originated in the first quarter, when sales were still weak. From these figures it can be seen that KBA almost achieved a balanced result in the second quarter, with EBT improving to just -€0.7m. It also posted an operating profit of €0.5m for the quarter, and although the accounts still show an operating loss of €18.9m for the first six months, this was well under half the corresponding figure of -€42.4m in 2009. The net loss to 30 June shrank from €46.8m to €20.3m, while earnings per share improved to -€1.23.

Both business divisions posted a higher volume of new orders and sales. Sales of sheetfed presses climbed 5.3% to €199.3m, sales of web and special presses were up 3.9% at €273.9m. Demand for sheetfed presses starting picking up in March, and for big web presses in June. The influx of new orders in the six months to July jumped 38.9% to €679.3m. KBA booked sheetfed orders worth €192.7m in the second quarter alone, and the figure for the full six months was €303.6m, a yearonyear rise of 36.6%. The order intake for web and special presses soared 40.8% to €375.7m. Both divisions reported continued brisk demand in July, and there was a surge in orders for big newspaper web presses.

The backlog of unfilled orders at the end of June was worth €541.1m, a good €100m more than at the end of March and higher than the prioryear figure of €537.8m which included web press contracts booked prior to the financial crisis. KBA's sheetfed plants returned to fulltime work in June as production was cranked up again. Shorttime schemes were also scaled back at its other factories and are likely to be terminated - at least provisionally - this autumn as work is distributed among group operations to maintain employment, and web press business gathers momentum.

Notwithstanding an increase in inventories of around €30m, in preparation for higher shipments in the second halfyear, the operative cash flow improved from -€41.3m at the end of March to-€18.1m at the end of June. In his letter to shareholders in the halfyearly report KBA president and CEO Helge Hansen emphasised that the operative cash flow in the heavy engineering sector is prone to periodic fluctuations but should improve as sales pick up still further in coming months. Funds at the end of June totalled €45.8m and KBA's net financial position was positive, while its equity ratio of 37.5% compares well with the rest of the sector.

At the end of June the KBA group employed a total of 6,445 people, almost 1,000 fewer than at the same time last year (7,411) and 1,700 below the precrisis peak in summer 2008. Existing redundancy and phasedretirement schemes will reduce the total by approximately 300. By the end of the year the personnel cuts initiated in spring 2009 will be largely completed, leaving a payroll of around 6,100.

A 10% drop in domestic sales pushed the export level up from 83.9% to 86.2%. Shipments to the rest of Europe fell from €176.7m to €139.7m as the recession impacted on sales in key print markets. So after exceeding 50% on a regular basis, the proportion of Group sales generated in Europe almost halved to 29.5%. Brisk demand boosted earnings in Asia and the Pacific from €101.2m to €127.6m and the proportion of Group sales from 22.3% to 27%. However, the proportion booked in North America, where the economy has yet to revive, sank to 11.6%. The contribution from Africa and Latin America soared to 18.1% - well above the historic average.

Demand for printing presses has picked up strongly in the past five months, as a result of which both the group order intake and the level of plant utilisation have increased substantially. So despite the cut in personnel and the fact that more work has been brought inhouse, Hansen stands by his previous projection for the current year of an increase of some 7.5% in sales to more than €1.1bn (2009: €1.05bn): "We are confident that the substantial improvement in performance compared to the first six months of 2009 will continue for the rest of the year, and that we shall post a singledigit rise in sales and a bigger pretax profit than the €2.7m in 2009. Precisely how high earnings are will essentially depend on our niche markets, with their shorter business cycles, on our customer services and on a sustained economic revival."

Despite an intensive search KBA has not yet made any further acquisition or entered a collaborative alliance with new partners. Even so, the group remains committed to diversifying from its traditional business of press technology into new fields offering good prospects for growth and employment. Says Hansen: "Protracted negotiations on a potential acquisition with a business volume of well over €100m recently fell through when the risks to which KBA would be exposed proved to be too high. Further options are being pursued with the due diligence and patience essential in the current business climate. While KBA has ample reserves to finance any promising project, we are in no hurry and have no desire to enter a venture with an uncertain outcome."

Photo 1:
Sheetfed sales boom in China: alongside a raft of mediumformat presses, in the seven months to August KBA booked orders from Chinese printers for 30 largeformat Rapidas - a new record

Photo 2:
Since June there has also been a big increase in new orders for KBA's multiunit newspaper web presses: within a few weeks no less than four newspaper publishers in Germany and the UK signed up for compact, highautomation Commander CT press lines

The financial statements can be downloaded as a PDF file from http://www.kba.com/en/investor/berichte/10.html Disclaimer The projections contained in this press release were founded on data available at the time of issue. While management believes them to be accurate, the impact of external factors beyond its control, such as changes in the economy, exchange rates and the print media industry, may give rise to a different outcome from that projected. Koenig & Bauer therefore accepts no liability for transactions based upon these projections.

Recommend Heading back to the black press release