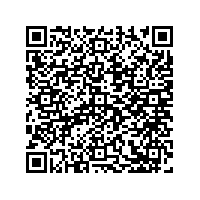 Subscribe to news
(PresseBox) ( Obertshausen, 17-03-15 )
A large number of visitors attended the ceremony to celebrate the opening of NIPPON MAYER’s Development Centre, 01.–03.03.2017 in Fukui

Progress needs new ideas, know-how, equipment and plenty of room to develop, which is why KARL MAYER opened a new Development Centre recently in Japan. Setting up the modern building was part of a restructuring programme implemented at KARL MAYER’s site in Fukui, Japan. The restructuring and modernisation programme involved the setting up of a Centre of Excellence at this subsidiary between 2014 and 2016 for developing double-bar raschel machines and for researching into new innovations for the textile sector. NIPPON MAYER was able to demonstrate what it has to offer at an in-house show, which was held from 1 to 3 March 2017. This customer event is one of a series of celebrations, which will be held to mark the 80th anniversary of the KARL MAYER Group, and the occasion was used to officially open the recently completed Development Centre. This get-together, together with the inauguration ceremony, tour of the company, machine show and workshops, was extremely well attended.

“We were able to welcome more than 400 visitors. We did not expect such a high level of interest,” concluded Armin Alber. The President of NIPPON MAYER was not only delighted with the number of guests, but also with the wide spectrum of their business backgrounds. The group was made up of many customers from Japan and included a large delegation from Korea and even Europe. They were representatives of brand-name manufacturers from the sportswear and lace sectors, institutes and universities, as well as textile retailers, managing directors and owners of textile companies, who have not yet got into the business of warp knitting. Following the programme of events, they were all impressed by the modern set-up and innovative strengths of KARL MAYER’s Japanese subsidiary. “The building and equipment in our Development Centre and assembly hall impressed our guests and reinforced their confidence in our Japanese location,” said the Senior Director, Hirokazu Takayama. By holding this event, NIPPON MAYER has shown that it does not only supply high-end machines but that it is also a partner that can put new ideas into practice – for generating new business.

A selection of double-bar raschel machines formed the focal point of the well attended technical presentation. The specialist machines for producing seamless articles are ideal for manufacturing sportswear and clothing, and can produce a wide range of different patterns. The presentation of this innovative technology led to some intense discussions, especially among sportswear manufacturers. The HKS 4-M EL also generated a great deal of interest as it was operating. In full view of the impressed visitors, this high-speed tricot machine was producing a multicoloured garment piece featuring various designs with non-stop changeover facility. It was reaching a speed of 2,100 min-1 and, despite its high speed, was also extremely accurate.

The DS OPTO, which was also being demonstrated next to the tricot machine, also attracted the attention of the observers. This direct warping machine produces patterned sectional warp beams (SWBs), which enables the HKS 4-M EL to achieve its full performance potential. The DS OPTO operates in sectional warping mode when producing coloured SWBs at a high level of efficiency, as well as when processing short warps for developing new products. This hybrid machine can also be used just as easily for direct warping at high speed.

NIPPON MAYER was founded in 1968 and comprises a modern office building, an assembly hall, which was modernised in 2015, and a prestigious Development Centre that was ready for use in the summer of 2016. The building covers an area of 63 x 31 m. The modern building has space for developing textiles and demonstrating machines, and for the training courses held by the KARL MAYER Academy. A small but excellent specialist production centre is also located there.