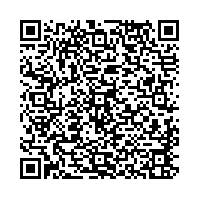 ISRA VISION AG (ISIN: DE0005488100), one of the world's top five suppliers of industrial image processing (Machine Vision) and the global market leader in surface-inspection systems, has once again proved to be robust, despite the global economic crisis. Once more, the multi-segment strategy has shown to be effective. ISRA is diversifying across various image processing technologies as well as various industry segments and regions. This ensures that ISRA can supply a wide range of customers in all parts of the world, ones who are generally global players in their respective sectors. In the first nine months of financial year 2008/2009 (October 1 to September 30), ISRA was able to keep profitability stable with an EBITDA margin of 24 percent and an EBT margin of 13 percent. Cash flow increased by 8.4 million Euros to 11.3 million Euros (Q3-2007/2008: 2.9 million Euros), while bank liabilities decreased by 8.9 million Euros to 29.5 million Euros. Net debt fell to 24.5 million Euros, a five percent decrease in relation to the previous year.

During the first nine months, ISRA was able to hold revenues steady at 41.4 million Euros (PY: 46.7 million Euros). The best performance was achieved in Asia, while business declined slightly in Western Europe and quite markedly in the US. EBT amounted to 6.1 million Euros (PY: 8.0 million Euros). Expenditures for pro-active interventions to increase efficiency such as capacity adjustments are for the most part reflected in the performance data for the first nine months. The EBT margin (in relation to total output) amounted to 13 percent (PY: 15 percent), a result within the target range.

With an order backlog of 33 million Euros, management expects a stronger fourth quarter, just as in previous years; so that revenues for financial year 2008/2009 are expected to amount to just under 60 million Euros. Following the successful integration of the group's various acquisitions in recent years, efforts to improve profitability are focused on the optimization of production. In this context, ISRA has already implemented a number of optimizations that resulted in extraordinary charges, especially during the first half of the year. As the third quarter has shown, the optimization measures taken will continue to have a positive impact on profitability in the future as well. Decreased interest expenses will also help to improve the current financial result over the previous year. Provided the economy does not weaken substantially, the goal will remain the same: to hold the ISRA Group's profitability steady at the level of recent quarters, whereby a 15 percent EBT margin will be further in focus for medium-term. Further measures to increase efficiency are being implemented on an ongoing basis.

ISRA keeps the long-term growth in focus. A key component of ISRA's growth strategy is external expansion through the acquisition of appropriate targets. A number of projects are already underway in this context, some of which appear particularly promising. In the wake of the current crisis, key investment projects have been postponed in practically all industries. However, past experience suggests that these will be revived in subsequent years. With a further sales and innovation offensive in financial year 2009/2010, ISRA is laying the foundation for a return to long-term growth.Management will give a more detailed forecast in December 2009, with its first overview of financial year 2008/2009.