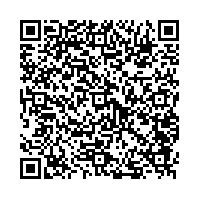 ISRA VISION AG (ISIN: DE 0005488100), one of the world's leading providers of industrial image processing (Machine Vision), global market leader in surface inspection systems, and one of the leading providers for 3D Machine Vision solutions, accelerates growth dynamics and gains further market shares. As expected at the beginning of the year, business has noticably increased in the second half of the year. In the third quarter of financial year 2009/2010 (Apr. 1 to Jun. 30, 2010), revenues rose by 24 percent compared to previous year's quarter. The Surface Vision segment grew by 17 percent. Revenues in the Industrial Automation segment were almost doubled in the third quarter. In addition to a strong increase of the business in Asia and Europe, initial important impulses came from North America. In the ninemonth period from October 1, 2009 to June 30, 2010, corporate group revenues improved by five percent to 43.4 million Euros. The segments Metals and Plastics contributed the largest growth in revenues. In these segments, ISRA improved its good market position even further.

With the strong revenue growth in the third quarter and a good order backlog of currently approx. 35 million Euros (PY: 33 million Euros), management expects an increase in revenues for the entire financial year 2009/2010 (Oct. 1, 2009 - Jun. 30, 2010) to more than 60 million Euros with improved EBT margin. The order entries show the strongest growth impulses in Asia and South America. In Europe, ISRA currently expects a good increase. The positive signals from North America are intensifying. The order entries in the business units Metals and Plastics remain strong. The standard paper sector is showing first positive signals. The Specialty Paper business unit continues to show positive developments. In the Print segments, ISRA's innovations provide a very strong demand. In the Automotive business unit, important customers have abandoned their investment restraint. ISRA expects the business to improve even further here, also as a result of the investment backlog - from the period of financial and economic crisis.

ISRA's longterm growth strategy aims at surpassing the revenue threshold of 100 million Euros in the foreseeable future. For the anticipated business development, ISRA expects a reinforcement of the overall economic environment as well as positive effects from the sales and innovation offensive. This should have a positive effect on the further revenue and profit performance. A key component of ISRA's longterm growth strategy is external expansion through acquisitions of appropriate targets. An additional acquisition is expected for 2011.

Machine Vision - the technology of optical systems that imitate the human eye - is one of today's key technologies. In this global growth market, currently worth approx. 6.5 billion euro, ISRA VISION is one of the leading global players. ISRA focuses on BRAINWARE. The core competence that is BRAINWARE encompasses scientific expertise from the fields of optics, lighting technology, measuring technology, physics, image processing and classification algorithms, and complex system design combined with innovative software. For its current product portfolio, ISRA estimates a market potential of more than two billion euro, and this is on the assumption that only 25 per cent of the potential applications of Machine Vision Systems have been tapped. ISRA's present applications focus primarily on automating production and quality assurance in a wide range of production lines. The objectives of all ISRA solutions are short payback periods and high ROIs for customers. The additional software modules for yield maximisation offer the customer even further significant economic benefits. Today, ISRA is a global market leader for surface inspection systems for different types of continuous materials, and one of the leading companies in the field of 3D Machine Vision, and "3D robot vision" in particular. ISRA currently provides applicationoptimised solutions for customers - mainly the global market leaders in their respective industries - in the fields of metal, glass (including display and solar glass), paper (including bank notes), printing, plastic foils and non wovens, as well as automotive and general industries. ISRA systems automate manufacturing processes for goods and products supplied to large growth markets such as energy, healthcare, food, transportation and information. With more than 20 locations in Asia, Europe, the Middle East and North and South America, ISRA is close to its customers, which ensures optimum service and support.

In the past twelve years, ISRA has seen profitable growth, with its revenues increasing on average 30 per cent per annum. Its profit increased by around 35 per cent per annum. Even during the financial crisis, ISRA has developed significantly more favourably than the industry average. This is because, with the two divisions Surface Vision and Industrial Automation, ISRA serves customers in various sectors in the different regions of the world seeing strong growth. This reduces dependence on region and industryrelated cyclical variations.

After almost 60 million euro revenues in the last financial year (2008/2009), the shortterm goal is to exceed the 100 million euro mark in just a few years, by means of organic growth and acquisitions. Among others, this will involve tackling new markets.