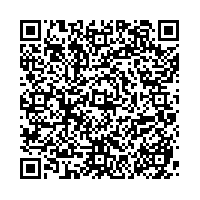 ISRA VISION is one of the world's top five suppliers of industrial image processing (machine vision), and world market leader in surface-inspection systems. Even during the current financial and economic crisis, the company has managed to continue its over 10-year track record of profitable growth. In the 1st quarter of financial year 2008/2009 (October 1, 2008 to September 30, 2009), the ISRA Group was able to boost net sales by 3 percent to 15.5 million Euros, while increasing EBITDA by 10 percent to 4.4 million Euros. Therefore, the EBITDA margin (based on total output) rose to 26 percent - 2 percentage points more than in the entire financial year 2007/2008 and 3 percentage points more than in the corresponding period in the previous year. EBT, one of the ISRA Group's key performance indicators, followed revenue growth by climbing 1 percent to 2.5 million Euros. The EBT margin amounted to 15 percent of total output and 16 percent of revenue. The result per share rose to 0.40 Euros (PY: 0.38 Euros). Cash flow from operating activities improved over the prior year, rising by 4.3 million to 5.3 million Euros. Net cash debt, meanwhile, decreased by more than 1 million to 24.7 million Euros. The equity ratio improved further, from 51 percent to 54 percent.

ISRA heads into the rest of financial year 2008/2009 with an order backlog amounting to 33 million Euros. The solutions, products and services offered by ISRA enable its customers to rapidly enhance their profitability and competitiveness in a sustained fashion, making them all the more attractive investments in difficult times. Moreover, thanks to its solutions for increasing efficiency and quality, ISRA stands to gain from the stimulus and rescue packages being adopted by governments worldwide.

At present, the Business Unit Glass boasts the most dynamic growth within the ISRA Group. The current order backlog indicates that this growth can even be increased. Management also has high expectations for the new products successfully launched in the solar industry. In the Print sector, where the ISRA Group has invested especially heavily in sales and marketing, we may even see an acceleration of growth. The new sales and marketing team is working successfully on a number of new projects. In addition, the ISRA Group achieved good success in the Automotive sector in December 2008: the 3D in-line measurement technology for measuring car bodies was given the green light by a leading German car manufacturer. Management sees this as a breakthrough for ISRA's cutting-edge technology.

On the other hand, certain key customers are now subjecting all of their investments to a stringent review. Since budget planning stagnated and projects are being postponed, investment decisions are being delayed as well. Based on the data currently available, management does not expect any significant revenue decrease for the financial year 2008/2009. Following a thorough analysis of revenue streams from customers and a critical review of deals currently being negotiated, ISRA expects to earn total revenues of approx. 60 million Euros, in the financial year 2008/2009. Given the current economic uncertainty, the extent by which this volume could fluctuate and/or be met is not accurately to predict. However, extended negotiations are underway with regard to additional orders of substantial volume, and these have only been partly considered in revenue planning.

Following the successful integration of the Group's various acquisitions in recent years, efforts to improve profitability are now focused on the optimization of production. To this end, the ISRA Group will also draw upon outside expertise as needed. Given the uncertainty about the future trend of the global economy, measures have already been initiated and implemented and ISRA cannot exclude that further prepared organizational restructuring may have to be performed. The goal will be to stabilize the ISRA Group's profitability by maintaining the EBT margin at or close to 15 percent, while striving to improve this number over the medium term. External expansion will remain a key component of the overall growth strategy. A number of projects are being developed in this context.

Together with its subsidiaries, ISRA VISION AG is globally one of the top five suppliers of industrial image processing (Machine Vision) and the market leader in Europe. ISRA employs around 400 employees at 20 locations around the world. In the last eleven years, the mid-sized technologies firm has grown continuously. In these eleven years, the company's total output has risen annually by an average (CAGR) of 31 percent, and its EBT has increased annually by an average of 36 percent. ISRA teaches machines intelligent vision and recognition. Brainware is the core of ISRA's solutions for automating production, production inspection and quality control. Brainware combines ISRA's self-designed software and strategically important hardware components.

In the 2007/2008 fiscal year (September 30), ISRA experienced hefty growth and succeeded in reaching all revenue and profit goals, to the point of slightly exceeding expectations. The revenue grew by 33 percent to more than 68 million Euros. The EBIT more than doubled to just under 13 million Euros. The EBIT margin increased by seven percentage points to 17 percent. The EBT grew by 79 percent to 11.3 million Euros, and the EBT margin rose by 4 percentage points to 15 percent. As of September 30, 2008, ISRA is securely bankrolled with an equity ratio of 51 percent, liquid assets of 12.5 million Euros and plenty of available financing options.