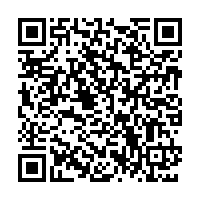 "We believe PC sales bottomed out during the first quarter and that the industry is returning to normal seasonal patterns," said Paul Otellini, Intel president and CEO. "Intel has adapted well to the current economic environment and we're benefiting from disciplined execution and agility. We're delivering a product portfolio that meets the needs of the changing market, spanning affordable computing to high-performance, energy-efficient computing."

- Microprocessor units were lower versus the fourth quarter.
- Revenue from Intel® Atom(TM) microprocessors and chipsets was $219 million, down 27 percent sequentially.
- The average selling price (ASP) for all microprocessors was approximately flat sequentially.
- Excluding shipments of Intel Atom microprocessors, the ASP was approximately flat sequentially.
- Gross margin of 45.6 percent was lower than 53.1 percent in the fourth quarter. The decrease was primarily due to higher factory underutilization charges and startup costs.
- Inventories were reduced by approximately $700 million in the first quarter.
- Spending was $2.5 billion, consistent with the company's expectation.
- Restructuring and asset impairment charges were $74 million, lower than the expectation of $160 million.
- The net loss from equity investments and interest and other was $18 million, lower than the expectation of a $130-million loss, primarily due to a strengthening market for certain debt instruments at the end of the first quarter.
- The effective tax rate was 1 percent, lower than the expectation of approximately 27 percent, driven primarily by settlement of various federal and state tax matters related to prior years and a higher percentage of profits in lower tax jurisdictions.

Intel's Business Outlook does not include the potential impact of any mergers, acquisitions, divestitures or other business combinations that may be completed after April 13. Current uncertainty in global economic conditions makes it particularly difficult to predict product demand and other related matters and makes it more likely that Intel's actual results could differ materially from expectations. Consequently, the company is providing less quantitative guidance than in previous quarters.

During the quarter, Intel's corporate representatives may reiterate the Business Outlook during private meetings with investors, investment analysts, the media and others. From the close of business on May 29 until publication of the company's second-quarter earnings release, Intel will observe a "Quiet Period" during which the Business Outlook disclosed in the company's press releases and filings with the SEC should be considered to be historical, speaking as of prior to the Quiet Period only and not subject to an update by the company.

The above statements and any others in this document that refer to plans and expectations for the second quarter, the year and the future are forward-looking statements that involve a number of risks and uncertainties. Many factors could affect Intel's actual results, and variances from Intel's current expectations regarding such factors could cause actual results to differ materially from those expressed in these forward-looking statements. Intel presently considers the following to be the important factors that could cause actual results to differ materially from the corporation's expectations.

- Current uncertainty in global economic conditions pose a risk to the overall economy as consumers and businesses may defer purchases in response to tighter credit and negative financial news, which could negatively affect product demand and other related matters. Consequently, demand could be different from Intel's expectations due to factors including changes in business and economic conditions, including conditions in the credit market that could affect consumer confidence; customer acceptance of Intel's and competitors' products; changes in customer order patterns including order cancellations; and changes in the level of inventory at customers.

- Intel operates in intensely competitive industries that are characterized by a high percentage of costs that are fixed or difficult to reduce in the short term and product demand that is highly variable and difficult to forecast. Revenue and the gross margin percentage are affected by the timing of new Intel product introductions and the demand for and market acceptance of Intel's products; actions taken by Intel's competitors, including product offerings and introductions, marketing programs and pricing pressures and Intel's response to such actions; and Intel's ability to respond quickly to technological developments and to incorporate new features into its products.

- The gross margin percentage could vary significantly from expectations based on changes in revenue levels; capacity utilization; start-up costs; excess or obsolete inventory; product mix and pricing; variations in inventory valuation, including variations related to the timing of qualifying products for sale; manufacturing yields; changes in unit costs; impairments of long-lived assets, including manufacturing, assembly/test and intangible assets; and the timing and execution of the manufacturing ramp and associated costs.

- Expenses, particularly certain marketing and compensation expenses, as well as restructuring and asset impairment charges, vary depending on the level of demand for Intel's products and the level of revenue and profits.

- The tax rate expectation is based on current tax law and current expected income. The tax rate may be affected by the jurisdictions in which profits are determined to be earned and taxed; changes in the estimates of credits, benefits and deductions; the resolution of issues arising from tax audits with various tax authorities, including payment of interest and penalties; and the ability to realize deferred tax assets.

- The recent financial crisis affecting the banking system and financial markets and the going concern threats to investment banks and other financial institutions have resulted in a tightening in the credit markets, a reduced level of liquidity in many financial markets, and extreme volatility in fixed income, credit and equity markets. There could be a number of follow-on effects from the credit crisis on Intel's business, including insolvency of key suppliers resulting in product delays; inability of customers to obtain credit to finance purchases of our products and/or customer insolvencies; counterparty failures negatively impacting our treasury operations; increased expense or inability to obtain short-term financing of Intel's operations from the issuance of commercial paper; and increased impairments from the inability of investee companies to obtain financing. Gains or losses from equity securities and interest and other could also vary from expectations depending on gains or losses realized on the sale or exchange of securities; gains or losses from equity method investments; impairment charges related to debt securities as well as equity and other investments; interest rates; cash balances; and changes in fair value of derivative instruments. The current volatility in the financial markets and overall economic uncertainty increases the risk that the actual amounts realized in the future on our debt and equity investments will differ significantly from the fair values currently assigned to them.

- Intel's results could be impacted by adverse economic, social, political and physical/infrastructure conditions in countries where Intel, its customers or its suppliers operate, including military conflict and other security risks, natural disasters, infrastructure disruptions, health concerns and fluctuations in currency exchange rates.

- Intel's results could be affected by adverse effects associated with product defects and errata (deviations from published specifications), and by litigation or regulatory matters involving intellectual property, stockholder, consumer, antitrust and other issues, such as the litigation and regulatory matters described in Intel's SEC reports.

A detailed discussion of these and other factors that could affect Intel's results is included in Intel's SEC filings, including the report on Form 10-K for the fiscal year ended Dec. 27, 2008. The company's revenue plan noted above under "Business Outlook" is a statement as of this date, is not a part of Outlook, and is not subject to updating by the company in the period prior to the Quiet Period.

Intel will hold a public webcast at 2:30 p.m. PDT today on its Investor Relations Web site at www.intc.com. A webcast replay and MP3 download will also be made available on the site. Intel [NASDAQ: INTC], the world leader in silicon innovation, develops technologies, products and initiatives to continually advance how people work and live. Additional information about Intel is available at www.intel.com/pressroom and blogs.intel.com