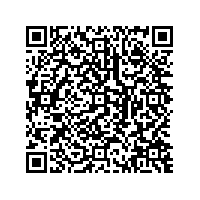 innogy's operations perform as expected in the first quarter of 2020

All of the following major events at the divisional level relate to innogy's discontinued operations.
In early January, innogy won a remuneration contract in a Polish solar auction for photovoltaic units with a total installed capacity of 42 megawatts. The 42 awarded projects have already been developed, each have an installed capacity of up to one megawatt, and are located in Western Pomerania, Pomerania and Greater Poland. Construction work is scheduled to begin this year.
Furthermore, innogy made the final investment decision for the construction of the 342 megawatt offshore project Kaskasi. The wind farm is to be set up 35 kilometres north of the island of Heligoland. The last contract for the supply of all major components was signed at the beginning of April. The value of the orders for wind turbines and foundations, the offshore substation and wind farm cabling totals in excess of €500 million.
Also in early April, innogy announced its entry into the Taiwanese offshore wind market. A strategic partnership was forged to this end with Asia Cement Corporation for the development of a 448 megawatt offshore project in the windy Taiwan Strait.

Business performance in the first quarter of 2020

Group adjusted EBIT declined by 23 per cent to €512 million compared to the first quarter of 2019.

Earnings developed as follows at the divisional level:
At €455 million in the first quarter, adjusted EBIT posted by the Grid & Infrastructure division was down on the same quarter last year (€589 million). The decrease in the Eastern Europe segment (Q1 2020:€41 million; Q1 2019: €134 million) is almost fully caused by the fact that the Czech grid business stopped contributing to consolidated earnings at the end of February 2019. In the prior-year quarter, business in the Germany segment (Q1 2020: €414 million; Q1 2019: €455 million) benefited from higher one-off effects in particular of the sale of grids and the reversal of provisions due to a court ruling. Moreover, earnings contributed from the sale of grids in network co-operations were lower than in the first quarter 2019 above all because in the first quarter of 2020, these were primarily sale and lease-back transactions. In these cases, sales proceeds are spread over the terms of the contracts when recognised on the income statement and are thus much lower in the year of sale.

Adjusted EBIT in the Retail division declined from €181 million in the first quarter of 2019 to €146 million in the 2020 reporting period. The main reason for this drop was a decrease in gas sales in Germany (Q1 2020: €103 million; Q1 2019: €160 million) caused by unusually mild weather. In addition, higher grid fees and wholesale electricity prices could not fully be passed on to customers yet. In the United Kingdom, innogy recorded better earnings in the first quarter of 2020 than in the same period last year (Q1 2020: €-22 million; Q1 2019: €-45 million) owing to cost-cutting measures and the restructuring associated with the sale of the customer portfolio.
Despite fierce competition, innogy continued the upward trend started last year and enlarged its customer base in Germany even further in the first quarter of 2020. The customer base in the Netherlands/Belgium and Eastern Europe remained stable, whereas customer figures in the United Kingdom fell.

Adjusted EBIT posted by the Corporate/New Business division improved to €-89 million in the first three months of 2020, surpassing the figure recorded a year before by €19 million. Efficiency measures and a stable portfolio development were among the positive effects on adjusted EBIT achieved by the Innovation Hub.

Income from discontinued operations totalled €303 million (Q1 2019: €192 million). The biggest driver of this growth was renewable energy. Relative to last year's corresponding period, renewables, i.e. both onshore and offshore wind, benefited from weather conditions, which had a positive impact on power production. In addition, new onshore wind farms were commissioned in the United Kingdom (Clocaenog, Bad á Cheò and Mynydd y Gwair). Moreover, the Czech retail business closed the quarter up year on year in part thanks to positive currency effects, and gas storage margins exceeded the level recorded in the same period in 2019.

Financial result higher than previous year. In the first quarter of 2020, the financial result improved by €40 million to €-99 million. This was in part due to the positive development displayed by the other financial result despite a deterioration in income from securities. By contrast, net interest declined slightly due to a reduction in additions to non-current provisions primarily resulting from a positive revaluation effect of higher interest rates.

Income from continuing operations before tax amounted to €137 million in the first quarter of the year underway (Q1 2019: €787 million). The effective tax rate as of 31 March 2020 was 209 per cent. A major reason for this were declines in share prices, which are not tax-deductible.
After taxes, innogy achieved income including discontinued operations of €154 million (Q1 2019: €802 million).

Capital expenditure rises slightly. In the period under review, capital expenditure advanced by €27 million to €236 million. It was largely used in the Grid & Infrastructure division to maintain assets and expand grids in support of the energy transition in Germany.

After the world economy got off to a promising start to fiscal 2020, the global spread of the coronavirus and the measures taken to control it substantially limited economic activity over the course of the first quarter in Europe and, in turn, Germany. In the year underway, the economy of the European Currency Union is likely to slip into a recession due to the COVID-19 pandemic and the countermeasures taken. At present, it is impossible to predict the severity of the recession, as there has been no reliable economic data so far.

The effects of the COVID-19 pandemic harbour risks for innogy as well. As a company that operates system-critical infrastructure and reliably supplies about 19 million customers with electricity and gas in Europe, the top priority is to secure the supply of energy in the regions and countries in which innogy is active. Nevertheless, innogy has identified economic risks in its divisions: throughput volumes in the grids that could lead to potentially earnings shortfalls as well as sales shortfalls in the retail business – in particular with industrial customers. Moreover, there is a risk that customers may suffer hardship as a consequence of the COVID-19 pandemic, rendering them unable to settle their accounts payable – above all for electricity and gas purchases.

In the Retail division, innogy is currently witnessing the adverse effects of the necessary resale of electricity and gas volumes at lower market prices as the company can no longer sell them due to the decline in demand in certain cases. In addition to the warm weather in the first quarter of 2020, which led to a decrease in gas sales in our high-margin customer segments, innogy now expects the Retail division to achieve adjusted EBIT of €200 to 300 million (previously €250 to 350 million).
The outlook for the Group currently remains unchanged.
However, due to the substantial uncertainty caused by the persistent COVID-19 pandemic, only limited statements can be made regarding its development and impacts in fiscal 2020.,

The forecast still applies to innogy stand-alone. Should innogy be legally integrated into the E.ON Group over the course of 2020 as planned, full-year stand-alone earnings figures will no longer be published.

This document contains forward-looking statements. These statements reflect the current views, expectations and assumptions of the management, and are based on information currently available to the management. Forward-looking statements do not guarantee the occurrence of future results and developments and are subject to known and unknown risks and uncertainties. Therefore, actual future results and developments may deviate materially from the expectations and assumptions expressed in this document due to various factors. These factors primarily include changes in the general economic and competitive environment. Furthermore, developments on financial markets and changes in currency exchange rates as well as changes in national and international laws, in particular in respect of fiscal regulation, and other factors influence the company’s future results and developments. Neither the company nor any of its affiliates undertakes to update the statements contained in this notification.