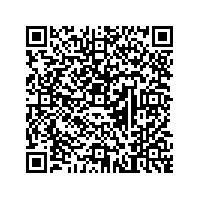 Subscribe to news
(PresseBox) ( Gouda, 10-07-30 )
.
- Acquisition of NEA of Sweden final; Imtech doubles its size in the Nordic region
- Imtech workforce increasing to a total of almost 25,000


Imtech (technical services provider in Europe) announces that the competition authorities in Sweden have approved the acquisition of the electrical services specialists NEA. This acquisition represents a firm step forward in the implementation of Imtech's 2012 growth strategy. It is thanks partly to acquisitions of this kind that Imtech is well on course in strengthening its position in the Nordic region (Sweden, Norway and Finland). As a result of the acquisition, the total number of employees of Imtech has risen to nearly 25,000. The acquisition of NEA will be consolidated in July 2010.

Imtech has a strategic plan for growth with an objective to achieve a revenue of 5 billion euro in 2012 while maintaining its objective of an operational EBITA margin of 6%. It is against this strategic background that Imtech has a specific objective of building up a strong position in the Nordic region (Sweden, Norway and Finland). Imtech considerably strengthened its top-3 position in the Nordic region with the acquisition of NEA, the second-largest player in the electrical services market in Sweden. The acquisition makes a substantial contribution towards Imtech's ability to reach its strategic goals for growth by 2012. The costs of the acquisition amount to 102 million euro and have been financed by a successfully accelerated bookbuild offering of more than 8.3 million ordinary shares, which raised over 185,2 million euro. The remaining amount will be used to finance future acquisitions and the organic growth of the company.

NEA: a strong player in the technical services market in Nordic

NEA has a total of nearly 70 local offices in Sweden. The company has approximately 1,000 clients, with a share of top 10 clients less than ten percent of the total. This implies a strongly diversified order and client portfolio, which contributes to a major extent towards continuity. The 2010 forecasts for the company, which employs around 2,200 people, include expected revenue of about 2.5 billion SEK (Swedish kroner), an expected EBITA of around 150 million SEK and an EBITA margin of 5.9%. Approximately fifty percent of NEA's revenue stems from the industrial sector (including energy, nuclear energy, steel, lumber, mining) and the remainder from the business community, the care sector, government and municipalities.

NEA also has a 38% minority interest in Elajo, another electrical services provider that largely complements the activities of NEA. Elajo is active in Norway as well as in Sweden, and in 2009 generated revenue of almost 1 billion SEK with around 1,000 employees.

Considerable potential for growth and structurally strong position in Nordic

Strategically, NEA and NVS (the current Imtech Nordic) fit very well together. NEA specialises in electrical services, NVS in mechanical services. Combining the two companies makes it possible to provide total technical solutions in the Nordic region, which is entirely in line with Imtech's strategy. This will lead to considerable growth potential and a structurally strong position in the Nordic region. Imtech has already proven in other European countries (Germany, the UK and Spain) that this approach results in accelerated growth. The NVS/NEA combination - which employs more than 4,500 people and has 170 branches - expects to achieve a revenue of about 5.9 billion SEK an annual base with an EBITA of 412 million SEK, and an EBITA margin of 7.0%. In addition to NEA, Imtech in the Nordic region recently acquired two smaller companies: an innovative Swedish specialist in sprinkler technology and the 'greenest' technical services provider in the promising energy-rich Spitsbergen. These two companies realise an annual revenue of 12 million euro with around 80 employees.

Imtech N.V. is a European technical services provider in the fields of electrical engineering, ICT and mechanical engineering. This combination of services makes it possible to offer total technological solutions. With approximately 25,000 employees, Imtech achieves an annual revenue of more than 4.5 billion euro. Imtech holds strong positions in the buildings and industry markets in the Benelux, Germany, Eastern Europe, the Nordic region, the UK, Ireland and Spain, as well as on the European markets of ICT and traffic, and in the global marine market. Imtech has a client base of around 21,000 customers. Imtech offers added value in the form of integrated and multidisciplinary total solutions that lead to better business processes and more efficiency for its clients and their customers. Imtech offers a wide range of solutions that contribute towards a sustainable society, for example 'green' technology and technical solutions in the markets of energy, the environment, water and mobility. Imtech shares are listed on the Euronext Stock Exchange Amsterdam, where Imtech is included in the Midkap Index. Imtech shares are also included in the Dow Jones STOXX 600 index.