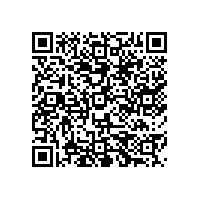 Subscribe to news
(PresseBox) ( Cambridge, MA, 10-10-14 )
Every major consumer goods company now has a program to adopt printed electronics throughout its activities. When analysts IDTechEx have present to companies and their brand facing suppliers, it is common for the people entering the room to think of themselves as practising skills based on plastics, paper and printing and leave the room realising that they are now part of the electronics industry - or that they need to be as a matter of some urgency.

We are not even starting with lowest volume applications. The first applications involving billions of units a year happened some years ago. They included the tester on the primary packaging of Duracell batteries, a GSI tamper detecting sensor on pharmaceuticals and making membrane keyboards.

The popular understanding that printed electronics is all about cost reduction of existing products is wrong. The battery tester permits you to check your battery when on the move and away from home and a similar idea is behind this year's printed healthcare testers. The electronic tamper detector can be checked by automation at high speed. Membrane keyboards are waterproof, flexible and last longer, so all these examples are about making something new possible.

Partly printed RFID labels are only applied to about 50 million retail pallet loads yearly - a loss making business for almost everyone concerned. By contrast, most successes in printed electronics involve the public. There is a place for printed electronics without a human interface such as anti-theft tags and covert tamper detection but it is not the biggest opportunity.

In the IDTechEx report, "Brand Enhancement by Electronics in Packaging 2010-2020", the profusion of case studies mostly involve printed and potentially printed electronics. The majority - 15 case studies - involve primary packaging. Eight concern smart labels and only two concern secondary packaging. That will change - particularly where secondary packaging opens up to become point of sale promotion. However, it still seems strange given that printed electronics usually costs more. For example, 30 billion coin cells are sold every year at an average ex factory price of only 1.1 cents. Printed equivalents cost ten to one hundred times as much as that. Printed batteries are used in electrophoretic skin patches delivering drugs because a coin cell can stop blood flow.

With printed electronics in general, something new can happen and this is often so dramatic that it is funded by the fat media budget of the brand, not the slim packaging budget. Esquire magazine used a $15 animated electronic display funded by a Ford car promotion then Entertainment Age magazine had a $25 plus moving color display with sound funded by a Pepsi Cola promotion. A scrolling light-emitting Kent cigarette multipack display, costing several dollars, was funded as a one million piece promotion.

The dramatic new benefits of printed electronics have now been seen in successful Japanese roadside posters that emit an aroma when someone walks near, and flexible, disposable solar powered interactive posters currently on trial. A new cookie point of sale has a little shelf with a disposable printed heater that warms the cookie before you eat it. Some mobile phone decoration now changes to reflect the person calling - each has their own pattern. Interactive furniture, floor covering and drapes are on offer this year thanks to printed electronics.

Printed electronics is being used to rejuvenate some old printed products. McDonald's place mats, Hallmark party tablecloths and Hasbro and Character Visions board games have been made interactive with sound and light emission. Primary packages talk to tell you if you have won a prize or reinforce an advertisement. Tear off rewards on primary packaging are now becoming electronic ie interesting and valuable. T-Ink made a pass to a golf event double as a radio tuned to the event's live commentary.

We now see a rich seam of exploitation based on printed electronics that is waterproof, washable and molded into plastic without damage. FM/AM/GPS/GSM antennas in cars are printed then molded to shape in plastic body parts. Completely printed and laminated replacements for instrument clusters and wiring will save weight, cost and space in 2011 cars.

A good indication of where printed electronics is next headed comes from the speaker, exhibitor and delegate line up for the world's largest event on printed electronics - Printed Electronics USA - which takes place in Silicon Valley California, the next being in December. Most of the leading consumer packaged goods companies are sending people and there will be many new materials, processes and devices suited to their needs. Even routine letterpress printing of graphics that gives a mirror like effect can now be modified slightly by Printechnologics to give conductive patterns "free" rather in the way that barcodes printed as part of graphics are "free". Those conductive patterns can now be read by a mobile phone.

The next wave will be revealed by seven speakers announcing consumer electronics products and their technology, five speakers covering new industrial printed electronics products and four revealing dramatic new forms of point of sale/ point of purchase. Appropriate needs and printed products for military to toy sectors will be announced plus primary and secondary packaging enhanced by the technology.

From the billboards of JC Decaux and Kraft to Boeing presenting its needs in aerospace and the US Army saying what it is doing, the breadth of application is becoming remarkable. It is way beyond what the silicon chip and conventional display can tackle. Crayola describes how it has adopted the technology. MWV Packaging explains why packaging is already a killer application but Cubic covers transport ticketing. Kovio has 1000 transistors printed reel to reel into smart tickets this year.

Giants IBM and Panasonic announce new forms of photovoltaics and Bayer describes its entry into printed electroactive polymers for touch typing. The burgeoning variety of physical forms of printed electronics will be illustrated by printed electronic textiles. Washable heated and light emitting apparel has arrived. Add printed RFID labels and the next e-reader technology, each from many companies speaking at the event. Certainly there is more of a product focus this year with flexible printed solar bags, umbrellas and sails and GSI one time passcards all printed.

Healthcare is about to become a killer application with diagnostic skin patches, biosensors and smart drug packaging being announced by five companies. For example, some blisterpacks now set a timer when you remove a tablet so you are reminded when to take another. Others let you record spoken impressions and record which tablet was taken when, making drug trial data more meaningful.

Organiser Raghu Das says, "The strong growth of this event throughout the recession shows that printed electronics is an idea whose time has come. Every year we see giant companies newly entering the business both as users and suppliers. There is also a healthy wave of start ups participating for the first time this year. In addition, we are starting to break the logjam in provision of working samples of products. IDTechEx is on target to have 100 exhibitors and over 1000 delegates this year."

Printed Electronics USA has visits to centers of excellence, masterclasses, an exhibition, the conference from 1-2 December, an awards dinner and a co-located thin film photovoltaics event. See http://www.idtechex.com/printedelectronicsusa10/.