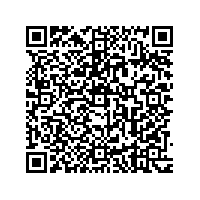 De-Risking Investment in Materials for the New Electronics and Electrics

(PresseBox) ( Quy, Cambridge, 12-08-30 )
The new electronics and electrics span from nano-sized to very large devices. No one term covers all this, though organic electronics, beyond the silicon chip, wide area electrics and flexible electronics and electrics cover large parts of it. For example, one of the key enabling technologies - printed electronics - gives us viable electronic billboard sheets and huge areas of photovoltaics (solar cells) printed reel to reel. The new electronics and electrics usually involve totally new device principles and chemistry. Whether it is totally new forms of flat screen display or re-invented lithium-ion batteries and fuel cell, those at the start of the value chain tend to make higher margins than those making the devices themselves. That is why almost all large chemical companies are becoming very active in this next wave of opportunity representing a new market for fine chemicals and specialist materials of over $50 billion in 2023.

Many smaller enterprises are also active and investors and the companies themselves need to de-risk their investment by finding the greatest breadth of potential use across all new electrical and electronic devices, not just the sectors of greatest volume potential. Indeed, the highest volume markets for new electrical and electronic devices may get commoditised first and if they collapse suddenly - as some do - they can leave the materials suppliers high and dry.

In contrast to those having wide usefulness today, that we have identified, we find that a more select group of families of formulation have exceptional electric and electronic versatility. In other words, we identify those with the greatest variety of potentially useful physical phenomena - auguring well for the future of that basic formulation. For example, if you show a developer of the new electronic or electrical devices the formulation polyvinylidene difluoride PVDF, in their world they see it as a gymnast of materials offering:

The metals aluminium, copper and silver are widely deployed in this new world, sometimes in mildly alloyed, nano, precursor, ink or other form but they do not have a wide variety of useful physical properties in this context. They will continue to be used across most forms of new electronics and electrics but mainly in prosaic functions, notably as additively patterned conductors in the form of interconnects, antennas and electrodes, with silver possibly losing some market share due to cost now that printing copper without insulating oxide forming is newly feasible. Finer patterning to create nantennas, metamaterials, ballistic diodes and smaller printed transistors are frontiers here. High purity aluminium and copper also appear as precision foils down to five microns in thickness, rolled or sometimes electrodeposited in the form of copper. The aluminium may be finely roughened and either may be pre-coated with one micron of carbon-based elastomer for various purposes.

On the other hand, the most versatile compounds to be unusually widely used in the new electronics and electrics turn out to be those based on one of six anions we have identified plus three polymer families. Of the elements, carbon in the form of carbon nanotubes, graphene and other specialist formulations, notably in nano and micro form, has huge potential and versatility and silicon reappears for completely new purposes, exploiting different attributes, some electrochemical. The improved lithium-ion battery anode being prepared for market is one example of this.

Previously, almost everything that has been written on this new wave of electronics and electrics has concentrated on the device itself, such as artificial muscle, supercapacitors, pseudocapacitors, micro and nano electromechanical systems MEMS and NEMS, new power semiconductors, quantum dot devices, supercabatteries and printed, flexible electrophoretic displays, LEDs and LCDs. The physics is clarified in many publications with a few materials mentioned along the way. We have now turned this on its head to group devices by commonality of material need. For example rechargeable lithium metal batteries and PEM fuel cells are electrochemical and both need extremely sophisticated separator/ porous membrane technology variously acting as ion exchange and repelling dendrites down to near-atomic level.

An example of this analysis for inorganic materials is shown below, where the metals are used as conductors and silicon as a semiconductor in this case. Some of the analysis below has called for a more detailed look given the complexity and rate of change. For example, separately, we tabulate 15 basic types of inorganic anode and cathode formulations used by 131 manufacturers of lithium-ion batteries and discuss what will follow in future anodes, cathodes and electrolytes for these devices now at the point of rapid, multi-billion dollar market growth.

Some inorganic materials used in the new electronics and electrics by anion and metal basis showing their function in the device and giving some examples of formulation used or researched. Device families that will have the largest value markets for materials, that will still be growing markets at the end of the decade, are shown in blue with some other volume candidates in green. This is an extract from a larger table spanning many more devices and formulations.

Source: Part of a table in "Most-Needed Chemicals for New Disruptive Electronics and Electrics: De-risk your investment" www.IDTechEx.com/chemicals

Manufacturers and developers of fine chemicals and materials for the new electrics and electronics can now create more robust strategies based on better analysis. This report comes with 30 minutes telephone time with an expert analyst who will help you link key findings in the report to the business issues you are addressing. IDTechEx provides a consultancy service for those needing more.