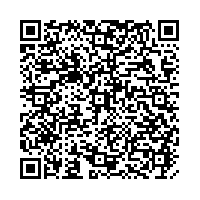 Leveraging preliminary European Vertical Markets 2010 survey results and IDC's continuous monitoring of companies' buying behavior, this study provides a guide on how business issues will change ICT demand over the next several years.

IDC predicts IT spending growth will be flat in 2010 in Western Europe, before recovering moderately in 2011. For both years, Western European companies will show the weakest ICT demand worldwide, confirming the historically slower increase in investment of Western Europe versus other regions (especially the U.S.) in postrecessionary periods. Nonetheless, major findings from this study highlight opportunities that are evident in all sectors:

- Communications (driven by spending in network infrastructure in telecommunication services) will outperform the market average. Utilities will also show higher than average growth, while finance and government, which together account for more than one third of total IT spending in the business segment, will grow on average less than 1% in the next two years.

- Organizations in finance, government, healthcare, business services, and energy will deal with compliance issues more than companies in other verticals.

- Customercentric strategies will drive demand in transport, telecommunications, and distribution.

- An increased focus on operational excellence along the supply chain and plant operations will characterize Western European manufacturers.

This report is available for purchase at www.idc.com

International Data Corporation (IDC) is the premier global provider of market intelligence, advisory services, and events for the information technology, telecommunications, and consumer technology markets. IDC helps IT professionals, business executives, and the investment community make factbased decisions on technology purchases and business strategy. More than 1000 IDC analysts provide global, regional, and local expertise on technology and industry opportunities and trends in over 110 countries worldwide. For more than 46 years, IDC has provided strategic insights to help our clients achieve their key business objectives. IDC is a subsidiary of IDG, the world's leading technology media, research, and events company. You can learn more about IDC by visiting www.idc.com.