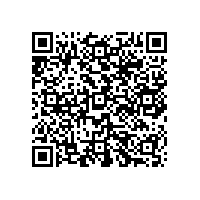 The HOMAG Group outpaces the industry

The positive trend reported by HOMAG Group AG in the first half of the year has continued into the third quarter of 2010. As a result, the world's leading manufacturer of machines and production lines for the wood processing industry was able to clearly improve on its prior-year sales revenue, order intake and earnings figures. Sales revenue was up 26 percent to EUR 171 million (prior year: EUR 135 million). Between July and September 2010, order intake climbed to EUR 136 million (prior year: EUR 107 million) and order backlog reached EUR 203 million on September 30, 2010 (prior year: EUR 173 million).

CEO Rolf Knoll sees the good third quarter as confirmation that "the current fiscal year has served to secure the recovery from the crisis." Apart from the successfully implemented cost improvement program, he attributes the above-trend development compared to the industry mainly to the broad and innovative product portfolio as well as the HOMAG Group's global presence. "This allows us to benefit directly from the various segments within our industry and the regions around the globe at the forefront of the global recovery," Knoll explains. The Company reports that it is extremely successful in the growth markets China, India, Brazil and Russia. These contributed more than 24 percent to order intake in the third quarter of 2010.

Despite some special factors, the HOMAG Group generated a slight net profit for the third quarter of 2010 again, together with an EBITDA margin before employee profit participation and before restructuring/non-recurring expenses in relation to sales revenue at the same level as in the first half of 2010. Accordingly EBITDA before extraordinary expenses of EUR 0.8 million for restructuring measures/non-recurring effects and before the result from employee profit participation (EUR -1.2 million) came to EUR 13.7 million (prior year: EUR 5.5 million), while EBT on the same basis reached EUR 3.4 million (prior year: EUR -2.7 million). The net profit for the period after non-controlling interests improved to EUR 0.3 million (prior year: EUR -2.9 million), which equates to earnings per share of EUR 0.02 (prior year: EUR -0.18).

CFO Andreas Hermann does not hide his satisfaction with the current liquidity situation: "Within only a year, we have cut our net liabilities to banks very substantially from EUR 112 million to EUR 67 million as of September 30, 2010. Plus our cash flow has also significantly improved thanks to the continued optimization of our receivables management."

Outlook
Owing to the good order situation, the management board is confident that the HOMAG Group will comfortably exceed the sales revenue of EUR 650 million forecast for 2010, and expects to grow its sales revenue by as much as 30 percent compared to 2009. This means that the Company would outperform the industry, as the VDMA ["Verband Deutscher Maschinen- und Anlagenbau e.V.": German Engineering Federation] anticipates revenue growth of 18 percent for 2010. Order intake is likewise expected to grow by more than 25 percent in fiscal 2010, despite the cooling down usually seen in the industry in the fourth quarter. The management board also anticipates a slight net profit for 2010.

CEO Knoll looks ahead to the coming year with optimism, and aims to ratchet up sales revenue above the EUR 700 million mark, while raising earnings even faster. The growth markets China and India are expected to contribute to the positive trend. Indeed, in October the supervisory board approved an investment package of EUR 8 million for the period up to 2011 as proposed by the management.