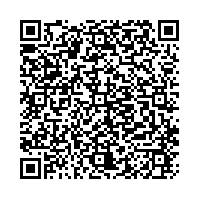 Heidelberger Druckmaschinen AG (Heidelberg) has made a successful start to the new financial year 2015/2016. The figures for the first quarter (April 1 to June 30, 2015) show that the company's strategic reorientation is having an impact, with improvements in both sales and the result. The acquisition of the European Printing Systems Group (PSG), a successful trade show in China, and positive exchange rate movements have had a particularly positive effect. As a result, Heidelberg saw a further increase in its order backlog at the end of the first quarter.

"As it starts the new financial year, Heidelberg is well on the way to achieving its targets for the year," said CFO and Deputy CEO Dirk Kaliebe. "The restructuring period is over and in the future we'll be re-focusing our attention on managing our growth," he added.

Thanks to a healthy order backlog, higher service-related sales, and exchange rate effects (around € 40 million), sales in the quarter under review increased to € 563 million (previous year: € 435 million). All regions achieved higher sales. As a result of the successful trade show in China, additional service-related business due to the PSG takeover, and exchange rate effects (roughly € 55 million), incoming orders climbed to € 703 million (previous year: € 588 million).

The operating result was far better than in the previous year, with EBITDA of € 46 million (previous year: € 6 million) and EBIT of € 28 million (previous year: € -11 million). Income from the takeover of PSG totaling about € 19 million had a positive impact on both these figures. Excluding this income and adjusted for sales-related exchange rate effects, the EBITDA margin was around 5 percent. The PSG income compensated for negative special items from subsequent expenditure amounting to some € 15 million for partial retirement agreements concluded in the previous year. EBIT including special items thus increased significantly, from € -11 million to € 13 million.

Equity at the end of the quarter, on June 30, increased to € 337 million (March 31, 2015: € 183 million). This corresponds to an equity ratio of around 15 percent (March 31, 2015: 8 percent). The main reason for this improvement was the significant increase in the discount rate for pensions in Germany - from 1.7 percent in the previous year to 2.7 percent on the balance sheet date.

The free cash flow after the first quarter of financial year 2015/2016 was € -35 million (same quarter of previous year: € -66 million). This was essentially the result of net payments of some € 8 million to acquire PSG and payments associated with portfolio optimization measures totaling around €9 million. The net financial debt increased slightly in the quarter under review, to € 277 million (March 31, 2015: € 256 million), and thus remains at a low level. This enabled the leverage (net financial debt divided by EBITDA excluding special items for the last four quarters), including payment of the purchase price for PSG, to be kept below the target value of 2.

Following the issue of a convertible bond and a corporate bond, a further step to ensure long-term financing of the corporate strategy was completed in July 2015 when the early extension of the revolving credit facility with a future volume of € 250 million to the end of June 2019 was agreed with a consortium of banks and formed the third mainstay of the financing framework.

"Our optimized financing framework provides a solid foundation for further strategic reorientation and the planned growth of the company," said Kaliebe.

Outlook: Well on way to achieving targets for year
Boosted by healthy order books, Heidelberg is aiming for sales growth of 2 to 4 percent after adjustment for exchange rate effects in the current financial year 2015/2016. As in the previous year, the company is assuming that sales will be higher in the second half of the financial year than in the first.

Provided the initiatives to improve the margin and optimize the portfolio have the planned impact in the current financial year, the company expects to be able to achieve an operating margin based on EBITDA of at least 8 percent of sales - now adjusted for exchange rate movements - in financial year 2015/2016. The Heidelberg Equipment segment should help achieve this with a margin of between 4 and 6 percent and the Heidelberg Services segment with a margin of between 9 and 11 percent. In the Heidelberg Financial Services segment, customer financing is still primarily outsourced. This segment should make a positive contribution to EBITDA in the future, too.

Important note:
This press release contains forward-looking statements based on assumptions and estimations by the Management Board of Heidelberger Druckmaschinen Aktiengesellschaft. Even though the Management Board is of the opinion that those assumptions and estimations are realistic, the actual future development and results may deviate substantially from these forward-looking statements due to various factors, such as changes in the macro-economic situation, in the exchange rates, in the interest rates and in the print media industry. Heidelberger Druckmaschinen Aktiengesellschaft gives no warranty and does not assume liability for any damages in case the future development and the projected results do not correspond with the forward-looking statements contained in this press release.