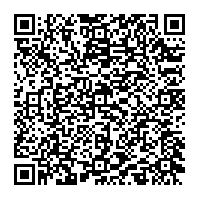 According to preliminary figures, Heidelberger Druckmaschinen AG (Heidelberg) continued the positive trend in incoming orders in the first quarter of financial year 2010/11. This was due to the continued rise in demand in a number of regions (particularly China), positive exchange rate movements, and, above all, the trade shows IPEX in the United Kingdom and ExpoPrint in Brazil during the reporting period (April 1 - June 30, 2010).

At EUR 786 million - thereof approx. EUR 45 million account for exchange rate movements - preliminary incoming orders in the first quarter were up significantly on the same quarter of the previous year (EUR 550 million), and also above the previous quarter (EUR 678 million). However, the order situation worldwide remains unsettled. It is shaped by the continuing weakness of the markets in the U.S. and Japan. In contrast, some European markets and regions in Asia, especially China, and South America are showing considerable improvement.

In the first quarter, the preliminary free cash flow will be in the region between EUR 50 million and EUR 60 million and thus far in excess of the same period of the previous year (EUR -29 million). The positive development in free cash flow is largely due to an improved working capital management, including higher customer prepayments and optimized payment flow for capital expenditure. Though, the previously stated information does not point to any continuation or substantial improvements of this development in the remainder of the financial year compared to earlier forecasts of the free cash flow for financial year 2010/11.

The company will publish further details and an explanation of the figures for the first quarter of the financial year on August 10, 2010.

This press release contains forwardlooking statements based on assumptions and estimations by the Management Board of Heidelberger Druckmaschinen Aktiengesellschaft. Even though the Management Board is of the opinion that those assumptions and estimations are realistic, the actual future development and results may deviate substantially from these forwardlooking statements due to various factors, such as changes in the macroeconomic situation, in the exchange rates, in the interest rates and in the print media industry. Heidelberger Druckmaschinen Aktiengesellschaft gives no warranty and does not assume liability for any damages in case the future development and the projected results do not correspond with the forwardlooking statements contained in this press release.