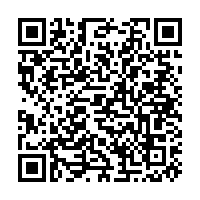 Subscribe to news
(PresseBox) ( Lüdenscheid, 20-05-08 )
A number of companies from the plastics industry have jointly developed a hands-free door opener in record time, which will be distributed free of charge to doctors and care facilities.

The current corona pandemic is also boosting creativity. The versatile field of plastics technology is offering a whole range of individual options to these facilities.

In addition to droplet infection via coughing, sneezing and even breathing, the coronavirus is also transmitted via the hands. Frequent, thorough hand washing helps but door handles can still harbour high levels of contamination. This technology can also be used in situations such as hospitals, nursing homes and doctors' surgeries, etc..

On the basis of a 3D-printed model, the Aspel injection moulding company of Paal-Beringen in Belgium developed the idea of producing a hands-free door opener to operate normal door handles. A door can be retrofitted with this small injection moulded part, allowing it to be opened and closed with a clothed underarm, avoiding the need to use bare hands.

This idea was taken further in a non-profit project, which involved the free distribution of the door openers to doctors' surgeries, nursing homes and hospitals and was implemented in the record time of only two weeks.

At the end of March 2020, the Aspel injection moulders met up with mouldmaker Winters BV of Pelt/Belgium, to discuss the design of the mould for the door opener. Just two days later, the mouldmaker Winters BV sent their enquiry to internationally operating standard-component manufacturer HASCO and ordered the accessories and plates required to produce the injection mould. The availability of all the standard components that were needed, including the K-plates and accessories, enabled the project partners to assemble the mould in a very short time and produce the first parts within just two weeks of coming up with the idea.

For greater productivity in machining