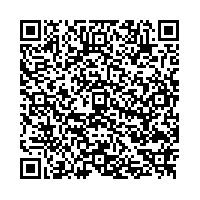 (PresseBox) ( Zürich, 17-08-18 )
Gurit (SIX Swiss Exchange: GUR) reports net sales of CHF 175.2 million for the first six months of 2017. This represents a currency-adjusted decrease of -0.5% and -3.9% in reported Swiss francs over the previous year. Operating profit amounted to CHF 21 million and the operating profit margin reached 12% of net sales for the first half-year 2017.

Gurit made good progress in strategy implementation. The acquisition of PH Windsolutions, the foundation of a balsa wood joint-venture in Indonesia and the integration of the acquired PET business into the Company`s Composite Materials business represent the key achievements in the first half-year 2017. Sales-wise, Gurit met mixed market conditions across its target industries which led to a temporary dip in sales; and yet, the Company was able to further increase its operating profitability by 11% year-on-year.

The business unit Composite Components reported net sales of CHF 9.8 million for the first half-year 2017 as compared to CHF 9.4 million in the first six months of 2016. This represents an increase of 14.8% on a currency-adjusted basis (+4.3% in reported Swiss francs).

In Tooling, sales of wind turbine blade moulds and related equipment in the first six months of 2017 came in well and above the Company`s estimate at the beginning of the year. Demand from both Chinese and international customers was positive, also with regard to moulds for off-shore wind installations. Revenues increased by 0.5% on a currency-adjusted basis (‑3.3% in reported Swiss francs) to CHF 35.6 million (1HY 2016: CHF 36.8 million).

Despite the challenging market environment in the Composite Materials business, Gurit was able to achieve a further improved operating profit of CHF 21.2 million in the first six months of 2017. The operating profit margin for the first half-year 2017 rose to 12.1%.

Profitability in particular benefited from the continued good turnover in the tooling business as well as a favorable product mix in the composite materials business and a marked improvement in the automotive components business. The ongoing operational improvements also contributed to the exceptionally strong profitability level.

Gurit generated a positive net cash flow from operating activities of CHF 11.1 million in the first half-year 2017. Capital expenditures amounted to CHF 4.0 million in the first six months of 2017 and were used for replacement and upgrading of production equipment as well as for an additional, larger production bay at the Company`s Tooling premises in Taicang, China.

Overall, Management confirms to reach a low single-digit revenue growth for the full year 2017 under the assumption that the Indian wind energy market will return to growth in the fourth quarter of the year. The wind energy industries in Europe and the Americas are anticipated to see a fair amount of newly installed capacity in the second half of 2017. Operating profit margin is expected to reach the upper end of the guided range of 8 to 10 percent of net sales, including an anticipated non-recurring one-time expense in the range of around 1% of annual operating profitability.

Management will discuss the results today in further detail at a joint media and analyst conference in Zurich at 09:00 a.m. CEST. The conference will take place at the Zurich Marriott Hotel, Neumuehlequai 42, CH-8006 Zurich. As always, the presentations will be held in English and will also be accessible as webcast at // http://r.newsbox.ch/d62/sh/rd50264/p7995/c4669/Webcasts http://www.gurit.com/Investors/Webcasts where an archived version will later be available for download.