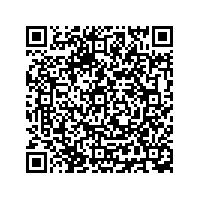 Subscribe to news
(PresseBox) ( Zurich, 15-06-16 )
Gurit (SIX Swiss Exchange: GUR) today raised its outlook for the company's sales and earnings performance in the first half-year of 2015.

Based on a favorable year to date sales growth and the current, good demand mainly in the wind energy market, Gurit today announced that it expects results for the first half-year 2015 to come in higher than the CHF 167 million generated in the first six months of 2014 in reported Swiss Francs.

Due to higher demand and the ongoing operational improvements, the company furthermore currently expects to be able to achieve a first half-year 2015 profit margin which exceeds the current market expectation and surpasses the lower end of its mid-term guidance of an 8 to 10 percent operating profit margin for the first six months of 2015.

As a further information, Angelo Quabba, Gurit's new CFO, was able to take up his position already on June 1, 2015.

All trademarks used or mentioned in this release are protected by law.