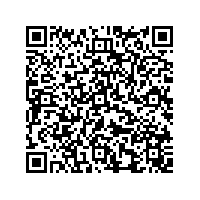 
Gurit (SIX Swiss Exchange: GUR) today reports unaudited results for the first quarter of 2017. Net sales for the first three months of 2017 developed in line with expectations and represent a good start into the 2017 fiscal year.

Gurit Composite Materials achieved net sales of CHF 67.4 million for the first quarter of 2017. This represents an increase of 1.6% (currency-adjusted: 4.9%) compared to net sales of CHF 66.4 million for the first three months of 2016. The wind energy market demand showed a slight rebound compared to the first quarter of 2016 and amounted to CHF 36.1 million. The sales development in the European aerospace business showed continued positive growth rates. Other material markets and in particular the marine and industrial sectors, however, continued to be slightly weaker than expected.

The order intake in the Gurit Tooling business continues to be solid. Due to the cyclicality of the business, Q1-2017 came in slightly lower than the prior year period. Net sales amounted to CHF 15.2 million in Q1-2017. This represents a decrease of -7.2% (currency-adjusted: -3.3%) compared to net sales of CHF 16.3 million achieved in the first quarter of 2016.

Gurit Half-Year 2017 Report
Gurit will publish its half-year report 2017 on August 18, 2017. Management will also discuss the results in further detail at a joint media and analyst conference on August 18, 2017, at 09:00 a.m. CEST. The conference will take place at the Zurich Marriott Hotel, Neumuehlequai 42, CH-8006 Zurich. As always, the presentations will be held in English and will also be accessible as webcast at http://www.gurit.com/Investors/Webcasts where an archived version will later be available for download.