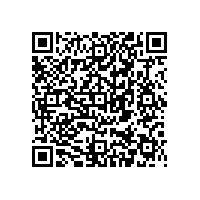 In the first quarter of 2017, the Grammer Group, a leading international supplier of interior components for passenger vehicles and seats for commercial vehicles, continued the encouraging revenue growth and very favorable earnings situation previously reported in 2016. In addition, an agreement was signed in February 2017 for the planned partnership with Chinese automotive component supplier Ningbo Jifeng, marking an important milestone for further profitable growth and increased enterprise value. The two companies want to jointly work on the Chinese market and improve their local footprint and competitiveness in China. In the first quarter of 2017, Group revenue rose by 7.5 percent to EUR 458.0 million, thus substantially exceeding the previous year (2016: 425.9). This was accompanied by a significant increase of 52.0 percent in EBIT to EUR 22.5 million (2016: 14.8), with the EBIT margin widening to 4.9 percent (2016: 3.5) as expected. Operating EBIT (adjusted for currency-translation effects) climbed even more substantially to EUR 23.1 million (2016: 17.3), yielding an operating EBIT margin of 5.0 percent (2016: 4.1), i.e. within Grammer’s target corridor. Net profit after tax was also up sharply, rising by 89.2 percent to EUR 14.0 million (2016: 7.4). This encouragingly strong earnings growth was particularly underpinned by the ongoing implementation of optimization and cost-cutting measures as well as project startups.

Growth and higher profitability in both divisions
Both divisions contributed to the substantial increase in revenue and profitability. As in earlier years, Grammer generated most of its revenue in the Automotive division, which grew by 6.1 percent to EUR 335.5 million (2016: 316.1). The successful implementation of measures to optimize operating performance and strategic orientation were reflected in the substantial improvement in the EBIT of EUR 14.0 million (2016: 8.6), accompanied by a correspondingly wider EBIT margin of 4.2 percent (2016: 2.7).

The Commercial Vehicles (formerly known as the Seating Systems) division also reported very encouraging performance. Despite the still muted market conditions in Brazil and in agricultural machinery, growth in the truck segment in China and Europe in particular as well as construction machinery and material handling pushed revenue up significantly to EUR 134.0 million (2016: 122.0). EBIT climbed to EUR 12.5 million (2016: 9.2) due to the slight recovery in the EMEA market and growth in business segments characterized by wider margins, resulting in an EBIT margin of 9.3 percent (2016: 7.5).

“Our sustained positive operating business performance, which continued in the first quarter of 2017 in line with expectations shows that the strategy that we have been implementing for many years is now bearing fruit. As planned, we were particularly able to boost the Grammer Group’s profitability significantly and are now benefiting from the capital spending projects of the last few years. Consequently, we are committed to continuing on this successful trajectory in the interests of our employees, shareholders and customers,” says Hartmut Müller, Chief Executive Officer of Grammer AG.

Employees, customers and political representatives concerned by the prospect of the Hastor Group’s involvement
A broad coalition of employees, the employee representative council, trade unions as well as politicians, customers and industry experts have voiced their grave concern as to the investment in the company acquired by Hastor Group companies and its intention to exert influence and possibly gain control. Leading automotive OEMs have already stated in no uncertain terms that they will be reviewing and reassessing their relations with Grammer in the light of the changes to its shareholder structure. Grammer is already registering an appreciable decline in orders for new and future projects in its Automotive division. If the Hastor family were to exert key influence or even gain control, this situation could continue to worsen and pose a substantial risk not only to the company’s order books but to its entire future.

Favorable operating outlook for 2017 confirmed
Management expects full-year group revenue to rise substantially by around 5 percent over the previous year in 2017. It also sees a further clear increase in the group’s operating EBIT compared with the previous year to around 5 percent. This places the Grammer Group firmly within the target corridor that it has defined for further sustained growth in revenue and profitability over next few years. On the basis of the figure for 2017 as a whole, Grammer expects revenue to increase to over EUR 2.2 billion by 2021, with the EBIT margin reaching around seven percent. However, at this stage, it is not possible for the company to assess possible consequences arising from recent changes in the shareholder structure and potential changes in its control and management bodies conclusively. Accordingly, these are not factored into the current outlook for 2017.

The leading independent proxy advisors ISS, Glass Lewis and IVOX have already recommended institutional investors to vote in favor of Grammer’s management and to reject the proposals submitted by Cascade International Investment GmbH. In particular, they criticize the lack of any evidence in support of Cascade’s claims. The German shareholder representatives Schutzgemeinschaft der Kleinaktionäre (SDK) and Deutsche Schutzvereinigung für Wertpapierbesitz (DSW) have likewise already announced that they will be voting in favor of the motions submitted by Grammer’s Executive Board and rejecting Cascade’s proposals.

Further information on the annual general meeting can be found on the Company’s website at:
https://www.grammer.com/investor-relations/hauptversammlung/2017.html

Located in Amberg, Germany, Grammer AG specializes in the development and production of components and systems for automotive interiors as well as suspension driver and passenger seats for onroad and offroad vehicles. In the Automotive Division, we supply headrests, armrests, center console systems and high-quality interior components and operating systems to premium automakers and automotive system suppliers. The Commercial Vehicle Division comprises seats for the truck and offroad seat segments (tractors, construction machinery, forklifts) as well as train and bus seats. With over 12,000 employees, Grammer operates in 19 countries around the world. Grammer shares are listed in the SDAX and traded on the Frankfurt and Munich stock exchanges via the electronic trading system Xetra.