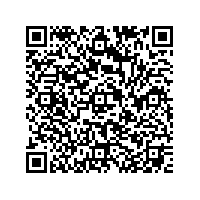 GOEBEL impresses at CHINAPLAS 2014 in Shanghai

Subscribe to news
(PresseBox) ( Darmstadt, 14-05-28 )
Over 3 000 exhibitors from 39 countries were represented at CHINAPLAS 2014, showcasing their products in style. The traditional Darmstadt-based company GOEBEL Schneid- und Wickelsysteme GmbH also presented at the 28th CHINAPLAS, which was held from 23rd to 26th April in Shanghai. CHINAPLAS, The International Exhibition on Plastics and Rubber Industries, is Asia's largest trade fair for the plastics sector. This year's event was held at the Shanghai New International Expo Centre, which offers over 220 000 m² of exhibition space spread over 17 halls.

GOEBEL presented its MONOSLIT GIANT, the world's widest slitter rewinder with a working width of up to 12 000 mm, as well as the XTRASLIT 2, which offers extraordinary flexibility thanks to its modular machine concept. A real highlight of GOEBEL's booth at the trade fair was the product film on MONOSLIT, which shows the MONOSLIT series in use, converting capacitor films. The film was created in a joint project with German film manufacturer Trefoan. GOEBEL management and the IMS Deltamatic Group, which GOEBEL has been part of since 2013, were very pleased with CHINAPLAS, the high number of visitors at the booth and the great interest shown in GOEBEL's machines.

GOEBEL Sales Director Harald Knechtel: "This year's CHINAPLAS was a great success for us. We enjoyed a lot of interesting meetings and found that demand for our machines is increasing all the time, particularly on the Chinese market. This reaffirms our decision to open a branch in Beijing, which allows us very close and productive cooperation with our Chinese customers."