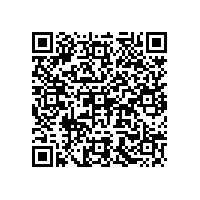 (PresseBox) ( Bruchsal, 17-06-13 )
GfK has released a comprehensive analysis of the retail scene in 32 European countries. The study evaluates purchasing power, the retail share of private consumption, inflation and sales area productivity, and also includes a turnover prognosis for 2017. The study appears in the new edition of ACROSS Magazine and will be presented at the ICSC European Marketing Conference in Vienna.

Decreasing unemployment and a slight increase in income levels are having a favorable impact in many areas. In 2016, EU-28 consumers had an average of €16,153 per person at their disposal, which is +0.7 percent (nominal) more purchasing power than in the previous year. But it’s important to note that exchange rate disparities negatively affect this rate of increase, particularly the devaluation of the British pound. Central and eastern European countries had the highest growth rates.

Turnover prognosis for 2017: Robust growth for the EU-28 countries

GfK forecasts solid turnover growth of +1.4 percent for the EU-28 countries in 2017. When Great Britain is excluded, retail turnover increases by +2.2 percent. The growth regions from last year are also among the forerunners in 2017. Romania (+9.8 percent) and Hungary (+5.7 percent) have especially dynamic growth rates. GfK indicates turnover growth between 4 and 5.5 percent for Croatia, Bulgaria, and the Baltic states. Turnover growth of 5.3 percent is predicted for Poland due to the appreciation of the Polish zloty as well as income and price increases. After enduring two years of declining turnover, stationary retailers in Greece can breathe easier thanks to a slight increase of one percent anticipated for 2017.

The long-standing trend of stationary retail’s declining share of Europeans’ consumption-related expenditures continued in 2016. Revised figures show this share to be 31.3 percent in the EU-28 in 2016, while the previous year’s share was 31.4 percent. Europeans increasingly spend their disposable income on the health care and gastronomy sectors as well as online shopping and living costs.

At +0.3 percent, the rate of price increases in the EU-28 in 2016 was only barely above the zero inflation that characterized 2015. In 2016, eleven European nations even experienced deflation. This was particularly the case in eastern and southeastern European countries. The European Commission forecasts a 1.8 percent inflation rate for 2017 in the EU-28. Estonian (2017: +2.8 percent) and especially British consumers (2017: +2.5 percent) must adjust to their money not stretching as far in 2017.

The consolidation of store networks and slowed growth in online retail for certain product groups in saturated western European markets had a positive effect on sales area productivity for stationary retail as a whole. If Great Britain is excluded from consideration due to the aforementioned exchange rate disparity, sales area productivity increased by +0.9 percent in the EU-27. In many cases and in grocery retail in particular, this growth is also associated with proactive and ambitious attempts to attract consumers through improved offerings. As in previous years, Luxembourg, Switzerland, Norway, and Sweden had the highest sales area productivity. By contrast, last-ranked Ukraine had just around 27 percent of the sales area productivity of Luxembourg.

“Europe is currently navigating troubled waters,” explains study lead and GfK retail expert Antje Hille. “The cohesion of the European Union was put to the test multiple times in 2016. Along with perennial issues such as refugees and terrorism, new challenges were posed by the Brexit vote, a rise in nationalist tendencies in almost all member states and increased political tensions in Turkey. Despite these developments, the European economy proved robust, resulting in a decent year. Private consumption across Europe is again providing an important stimulus for economic development. Retail profited from this, even if actual growth rates fluctuate substantially within the European countries under review.”

The following GfK market indicators were evaluated for a total of 32 European countries: purchasing power, retail turnover and the retail share of the population's total expenditures. GfK also offers a forecast for retail turnover in 2017 as well as a consideration of consumer price trends. The study additionally examines sales area provision and productivity in the European countries under review and includes a four-page analysis of France’s retail market.

GfK's calculations of turnover and purchasing power were carried out in euros based on the average 2016 exchange rates for the national currencies in question (as reported by the European Commission). The information and data are accurate as of February 2017.