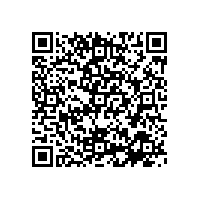 Economic situation of German businesses at a five-year high

(PresseBox) ( Hamburg/Nuremberg, Germany, 10-10-11 )
The economic situation of the majority of listed companies has improved further since the beginning of the year. There is also optimism about what is in store over the next six months. According to the companies, a major factor contributing to their ongoing good performance is their efficient use of resources. Sustainability is of strategic significance, not only as a means of boosting a company's image, but also as a way to gain the competitive edge. These are the findings of the latest DIRK Trend Indicator, in which the GfK surveyed investor relations managers in Germany, Austria, Switzerland and the UK.

The economic position of businesses in Germany has improved further since the beginning of the year. At 69 points, the trend indicator has achieved its third positive result in a row, and is in contrast to the forecast of 50 points in the January survey. This is the highest score recorded since the survey began in 2005. The economic situation has also improved markedly in Austria, Switzerland and the UK. The business barometer has swung upwards for 61 per cent of both Austrian and British IR managers and for 68 per cent of their Swiss counterparts.

Looking ahead to the next six months, German businesses are again expecting growth potential to stay high. Their assessment of the future situation remained unchanged at 50 points. Broken down according to business sectors, it is above all financial service providers, banks, and technology and pharma companies in Germany that predict seeing their economic situation improve or remain level over the next six months. This optimism is also shared by nine out of ten businesses in Austria, Switzerland and the UK.

The economic upturn is also boosting the activities of IR departments. While 24 per cent of German businesses surveyed at the beginning of 2009 were anticipating fewer meetings with investors, this figure has dropped to just 4 per cent in the latest survey. 36 per cent foresee a rise in the number of roadshows, one-on-ones and conferences in the next six months. In addition, 97 per cent of all German businesses anticipate that the number of assessing banks (coverage) will increase or remain constant. The number of sceptics counting on lower analyst numbers fell for the fifth time in a row.

Institutional investors are most important target group for sustainability

Sustainability is a topic discussed in politics and business, and by associations and consumers. Many companies have committed themselves to this issue voluntarily. In fact, sustainability has become an integral part of corporate culture. Businesses primarily direct their sustainability messages at institutional investors. This is the most important target group in Germany, Switzerland and the UK, with more than one in three businesses there stating this to be the case. In Austria, in contrast, three out of ten companies consider their own employees to be the most important audience for information about their sustainability activities. Meanwhile, private investors, analysts, journalists and associations play only a subordinate role, with less than 20 per cent of the companies surveyed in each country believing that these target groups are actively interested in sustainable trading.

In relation to sustainability, the majority of the businesses surveyed saw themselves as having both a responsibility vis-à-vis all the economic groups and an obligation towards the general public. A further factor seen as being equally important is businesses actively using sustainability as a means with which to boost their corporate image. A fourth reason for adopting the issue of sustainability is, according to the companies surveyed, the competitive edge that it gives them - a response given by two thirds of the companies in the UK and by one third of companies in each of the countries Germany, Austria and Switzerland.

When asked which issues they directly associated with sustainability, the surveyed companies' answers demonstrated that energy efficiency was the major issue mentioned by IR managers in all the countries - with the exception of the UK, where a company's employees were considered to be even more important, for example in terms of company health management. Other relevant issues were climate protection (including CO2 emission levels), environmentally friendly products and services, and corporate social responsibility (including supporting projects designed to protect resources). As far as energy efficiency and climate protection are concerned, an aboveaverage number of automotive and transport companies see themselves as being obliged to act sustainably by the nature of their business activities.

Sustainability report as a major means of communication

In all four countries, annual reports and company websites are the channels used most regularly to communicate a company's sustainability activities. An increasingly common option is now also to produce a separate sustainability report, and one in three companies in Germany and the majority in Austria, the UK and Switzerland see it as their duty to publish such a report. In comparison to businesses in other German indices, an above-average number of DAX companies publish a sustainability report and provide information on their websites and through roadshows, conferences and presentations. As such, the blue-chip companies use a number of different channels simultaneously and more intensively, while the MDAX and TecDAX companies are more likely to use their annual reports to report on sustainability.

Significance of sustainability set to increase

Eight out of ten IR managers in the UK and six out of ten IR managers in Austria rated sustainability as currently being an important or a very important part of their work. Of the four countries, the topic was least important in Germany and Switzerland, where two thirds of IR managers surveyed rated it as being less important or not important in the least. At least one in three IR managers in all four countries believes that sustainability will gain importance in the future. And companies are acting on this - more than half of the companies surveyed in all the countries have defined binding sustainability standards for themselves or will do so within the next twelve months. The UK comfortably leads the way in this respect, where the topic is an integral part of day-to-day business or soon will be in eight out of ten companies.

The results are taken from the "DIRK Trend Indicator" study, which is published by DIRK twice a year in conjunction with market research company GfK. It is based on a six-monthly survey of 840 investor relations departments in German, Austrian, Swiss and now also UK companies. The survey has a response rate of up to 50 per cent. The DIRK Trend Indicator is the difference between the positive and negative responses to the situation of companies. It has a fluctuation margin of +/-100.

DIRK is the association for Investor Relations (IR) in Germany and representative of capital market oriented companies. As the organ of IR professionals, DIRK represents the concerns of its members in an active dialogue with interest groups and capital market stakeholders, political institutions and the general public. The association offers its members active, specific support and promotes regular exchange among its own ranks and with IR specialists from all over the world. In addition, DIRK sets standards in professional training and further education of IR juniors in Germany. With its more than 350 members, DIRK sets the standards of communication between companies and the capital market. The spectrum of companies organised within DIRK includes all DAX companies and the bulk of companies listed in the MDAX, SDAX and TecDAX as well as small companies and those which have not yet made their IPO or issue debt instruments. Increasingly, capital market oriented individuals are members of DIRK.

The GfK Group offers the fundamental knowledge that industry, retailers, services companies and the media need to make market decisions. It delivers a comprehensive range of information and consultancy services in the three business sectors Custom Research, Retail and Technology and Media. The No. 4 market research organization worldwide operates in more than 100 countries and employs over 10,000 staff. In 2009, the GfK Group's sales amounted to EUR 1.16 billion. For further information, visit our website: www.gfk.com. Follow us on Twitter: www.twitter.com/gfk_group.