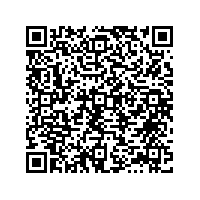 getgoods.de AG stays on track for further growth in the first quarter 2012

Subscribe to news
(PresseBox) ( Düsseldorf, 12-07-09 )
In the first quarter of 2012, getgoods.de AG, a leading operator of online platforms for IT and telecommunication products in the fast growing e-commerce market, has continued successfully on its recent growth path. In total, the Group's revenues increased by 51% to EUR 83.7m (proforma Q1/2011: EUR 55.3m).

Thus, the Group has continued its overall positive business development in the traditionally weakest quarter of the year, also benefiting from the acquisition of Home of Hardware GmbH. A dampened effect on the first quarter business development resulted from the well-known delivery problems of some OEMs. As a consequence the company was not able to realize the full revenue potential in the quarter.

The Group also continued its positive earnings development. The gross profit was up year-on-year by 38% from EUR 3.7m* to EUR 5.2m. The Group's EBIT increased by 11% from EUR 1.4m* to EUR 1.5m. The gross profit margin decreased from 6.7%* to 6.2% which is a consequence of temporary attractive introductory offers in the course of expanding the product portfolio into white and brown goods as well as toys. The EBIT margin was down from 2.5%* to 1.8% resulting from respective investments into the online platform as well as significantly increased social media activities (see below). Based on economies of scale the management expects to see a gradual, disproportionate improvement of margins.

Moreover, getgoods.de AG has also further increased the stickiness of its online-shops where, according to the industry-wide comparison portal alexa.com, the average time a user spent on the sites of the premium platform getgoods.de increased to more than 5 minutes in the first quarter. Compared to previous this figure has more than doubled and is now even slightly ahead of other market participants like notebooksbilliger.de, cyberport.de und redcoon.de.

In contrast to the normal market trend during the first six months of a year, the premium platform getgoods.de has generated a significant traffic increase in the first quarter of more than 30% compared to the Christmas quarter. The reach of the portal was also further extended. This trend continues also in the second quarter.

One aspect of the positive development of the shops is the increased activity in the field of social media, e. g. the successful launch of the getgoods.de company blog in March 2012 as well as a stronger focus on Facebook, Google+ and Co. Other reasons for the positive performance of the shops include the broadening of the product portfolio since the beginning of this year, significant on-page optimizations (usability, redesign, new features), seasonal marketing activities, targeted brand campaigns, intensified media and business co-operations, the launch of the video platform getgoods.de TV by the end of February 2012 and the new daily heading of "get good Deals".

Against this background the Group's flagship-shops getgoods.de and hoh.de have reached new customer records in the first quarter 2012.

Based on the business development in the first quarter, the Group is still well on track to reach its full year targets of at least EUR 400m in revenues and an EBIT margin of approx. 2.5%.

*All comparable figures for the previous year are related solely to HTM GmbH.

getgoods.de AG distributes IT and telecommunication products via various online shops within the fast-growing e-commerce market. The products focus is on mobile phones, smart phones, telephones and notebooks. Additionally, the company provides consumer electronics and white goods. With six online shops, such as www.getgoods.de, www.hoh.de, or www.handyshop.de as well as presence points at Amazon and eBay the company covers a wide range within its portfolio.

For further information about the company, the management and the getgoods.de share, please refer to the company's IR website: www.getgoods.ag.