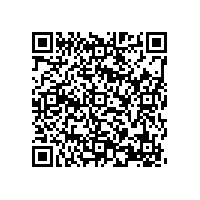 Subscribe to news
(PresseBox) ( Dresden, 09-08-20 )
Genode Labs is pleased to announce the availability of the 1st anniversary release of the Genode OS Framework (http://genode.org). This framework allows for building custom operating systems for application areas where dynamic workloads meet high security and robustness requirements. The approach of the framework is the combination of micro-kernel technology with a novel OS architecture, optimized for minimizing the complexity of critical applications.

One unique feature of the framework is the support of different kernels as base platform, each kernel providing different characteristics.

The new version 9.08 comes with improvements all over the code base and introduces new features such as a dynamic linker, and long desired support for super pages and write-combined I/O access. As described in the release notes (http://genode.org/documentation/release-notes/9.08), the overall theme of this release had been refinement, resulting in much improved implementations for key parts of the framework. In particular, Genode's synchronization primitives such as locks and signals have received much attention, and the central timer service has been replaced by a much improved implementation.

Furthermore, there are many improvements for the specfic base platforms. The OKL4-kernel support, added with the previous release, motivated code unifications among all four supported kernel platforms. The kernel-specific lines of code, which provide complete kernel abstractions, have become as little as 1800 (OKL4), 1500 (Linux), 1600 (L4/Fiasco), and 2000 (L4ka::Pistachio) lines of C++ code.

With regard to Linux as base platform, the project reached its goal to make the base framework completely independent from Linux' userland infrastructure. Genode can now be executed on the raw Linux kernel without linking against glibc. Thereby, the Linux version of Genode is on the way to become the lowest-complexity (regarding source-code complexity) Linux-kernel-based OS available.

The introduction of the dynamic linker ported from FreeBSD promises a significant reduction of binary sizes and, thereby, will finally allay fears about the resource requirements of using Qt4 on Genode.

Read on about all the improvements in the release notes for version 9.08...
http://genode.org/documentation/release-notes/9.08