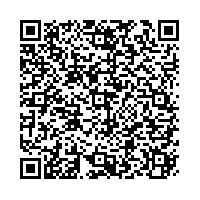 (PresseBox) ( Egham, UK, 15-08-11 )
Over the last year, the euro, Japanese yen and Brazilian real have all dropped by about 20 per cent relative to the US dollar. As a result, products priced in dollars will become more expensive in local currencies. Gartner, Inc. said CIOs of any country whose currency has weakened against the US dollar need to re-examine their budget plans and account for a 20 per cent increase in the price of dollar-based IT products for 2015 and beyond.

"We expect that this drop will hold through at least the end of 2016," said Roberto Sacco, research director at Gartner. "As the CIO, the most important action is to review your project plans through the second quarter of 2016. Assume there will be a 20 per cent euro price increase on dollar-based IT products, and then make a plan to deal with it. This exchange rate challenge will be managed by good planning - not by rapid response."

Because of currency fluctuations, European CIOs can also expect server prices to increase by up to 20 per cent. Clearly, server manufacturers will not sell products at a substantial loss, so there will be no room for negotiation. The same outcome will happen with US software providers.

"Suppliers are currently repricing in local currencies. In an attempt to obfuscate this, they are also re-bundling - changing the mix of included modules, such as training and installation assistance," said Mr Sacco.

As the year progresses, and contracts hit their anniversary dates, Gartner analysts expect US software suppliers to reflect the shift in the euro with price increases of up to 20 per cent. European software providers may also raise prices to maintain market rates in areas where they are not looking to compete.

CIOs must have plans to reprioritise and complete projects within budget. "See where you can minimise the impact of these changes, look for other opportunities to cut costs, and identify the risks, opportunities and funding that the plan exposes. Validate the plan with stakeholders, then work with the CFO to close any remaining gaps," added Mr Sacco.

This approach does not only apply to the euro. "Any country whose currency has weakened against the dollar will face similar conditions to those of Europe," continued Mr Sacco. "In situations in which there are differences in pricing power or strategic importance, some variations will occur. However, the central mechanics of the currency problem are similar."

Mr Sacco warned that, without action, IT leaders will learn about the impacts of currency drift through proposal surprise, contract ambush and cancelled orders. These impacts will occur throughout 2015 and into 2016 as new proposals are bid, and as contracts hit annual renewal dates. "Overspend will put other projects at risk, hence the need for CIOs to re-examine their budgets now."

More detailed analysis is available in the Gartner report "Building IT Infrastructure on a Euro Budget - Why Your Servers, Software and Services Will Cost More."

Gartner analysts will further discuss cost optimisation and financial management at the Gartner IT Financial, Procurement & Asset Management Summit 2015, 21-22 September, in London. Members of the media can register for the event by contacting Laurence Goasduff.

Additional information from the event will be shared on Twitter using #GartnerITAM.

Gartner, Inc. (NYSE: IT) is the world's leading information technology research and advisory company. The company delivers the technology-related insight necessary for its clients to make the right decisions, every day. From CIOs and senior IT leaders in corporations and government agencies, to business leaders in high-tech and telecom enterprises and professional services firms, to technology investors, Gartner is the valuable partner to clients in approximately 10,000 distinct enterprises worldwide. Through the resources of Gartner Research, Gartner Executive Programs, Gartner Consulting and Gartner Events, Gartner works with every client to research, analyze and interpret the business of IT within the context of their individual role. Founded in 1979, Gartner is headquartered in Stamford, Connecticut, USA, and has 6,800 associates, including more than 1,500 research analysts and consultants, and clients in 90 countries. For more information, visit www.gartner.com.

Comments or opinions expressed on this blog are those of the individual contributors only, and do not necessarily represent the views of Gartner, Inc. or its management. Readers may copy and redistribute blog postings on other blogs, or otherwise for private, non-commercial or journalistic purposes. This content may not be used for any other purposes in any other formats or media. The content on this blog is provided on an "as-is" basis. Gartner shall not be liable for any damages whatsoever arising out of the content or use of this blog.