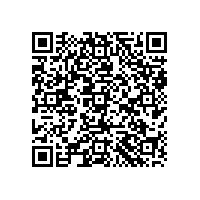 Subscribe to news
(PresseBox) ( Bern, 12-08-14 )
Despite a tense economic situation and global pressure on healthcare costs, the Galenica Group has posted a good result for the first half of 2012. The Group generated net sales of CHF 1,615.8 million, an increase of 2.2% over the same period in 2011. Earnings before interest, taxes, depreciation and amortisation (EBITDA) were CHF 217.0 million (+ 4.2%). The operating result (EBIT) increased by 4.1% to CHF 179.9 million. Consolidated net profit before minority interests rose to CHF 130.9 million (+6.8%). After deducting minority interests, consolidated profit increased by 12.8%. This year, too, Galenica is investing significant funds in research and development. In the first half of 2012 alone, Galenica invested CHF 70.5 million (+17.3%), including for the development of the phosphate binder PA21.

In the first six months of 2012, sales of Ferinject® outside Switzerland rose sharply by over 56%. Within Switzerland sales also increased considerably by more than 12%.

Galenica is increasing its target for full-year 2012 and anticipating a net profit above the prior-year level, both before and after minority interests.

Highlights in the first half of 2012: strong growth of Ferinject®

In the Pharma business sector, Ferinject®, which is now marketed in 33 countries, achieved very good results. Global sales increased by 44.5% in local currencies, and the number of units sold was up over 50%. Good progress was also made with the development of the phosphate binder PA21. The top-line results of the phase III study were published in early July. The study met its primary and secondary endpoints and demonstrated that PA21 successfully controls hyperphosphatemia in dialysis patients with chronic kidney disease.

At the end of July, the US Food and Drug Administration (FDA) advised Galenica's US partner Luitpold Pharmaceuticals that marketing authorisation for Injectafer® (brand name of Ferinject® in the USA) was being withheld due to deficiencies in Luitpold's manufacturing facility in Shirley, New York, until these deficiencies are satisfactorily resolved. Luitpold is now working closely with the FDA to resolve these issues. No additional clinical data or further analysis were requested for the current application.

The priority in R&D is to finalise preparations for the filing of the phosphate binder PA21 in the USA, Europe and Switzerland. First submission is planned for the fourth quarter of 2012. In addition, Vifor Pharma will continue to extend the geographical reach of Ferinject® and raise awareness of iron deficiency in a variety of clinical conditions.

Within the Health Division, Logistics and Retail will continue to improve efficiency by focusing on processes and performance and will strengthen customer services.

In the first half of 2012, the Pharma business sector generated net sales of CHF 303.2 million, an increase of 2.4%. Adjusted for negative currency effects, this increase amounted to 3.9%. Income from licensing fees for CellCept amounted to CHF 44.0 million. Consolidated earnings before interest and taxes (EBIT), typically forward loaded in the Pharma business sector, increased by 0.7% to CHF 141.3 million.

Venofer® posted sales of CHF 71.8 million (-16.0%) in the first half of 2012. Sales were also impacted by price pressure in several markets as a result of government intervention and further ISS (Iron Sucrose Similars) launches.

A highlight for Ferinject® was the recommendation of the European Society of Cardiology (ESC) to routinely test heart failure patients for iron deficiency and to consider the use of ferric carboxymaltose, the active ingredient of Ferinject®, for the treatment of iron deficiency. The next step is to promote the society's guidelines with cardiologists to encourage them to adopt the treatment behaviour.

The top-line results of the PREFER study, reported for the first time in April 2012 at a symposium of the German Society of Internal Medicine (DGIM) Congress in Wiesbaden, Germany, demonstrated that intravenous iron treatment with Ferinject® rapidly improves fatigue in symptomatic iron deficient, non-anaemic women. Other clinical trial programmes are also continuing to make progress. For example, the FIND-CKD study completed recruitment. It examines the benefits of Ferinject® over oral iron replacement products for the treatment of anaemia in patients with chronic kidney disease. Recruitment is ongoing and on track for four further studies.

The Infectious Diseases/OTX franchise saw net sales of its immuno-stimulant products impacted by destocking effects. Due to a weak flu season, many partners had to use up their winter stocks before placing new orders. This impacted on global net sales of Broncho-Vaxom®, which amounted to CHF 17.1 million (-30.0%). Sales of Uro-Vaxom® were CHF 7.7 million (+16.7%). Development in Russia was positive, where a new partner generated increasing revenues for Broncho-Vaxom®. The product also performed well in Switzerland, where a new campaign was launched. Work is also being done to further expand the paediatrics business by developing new formulations for Broncho-Vaxom®.

In the first six months of 2012, sales of Vifor Pharma Consumer Healthcare were CHF 38.5 million (-2.7%). The Swiss OTC market declined 2%. Vifor Pharma OTC products underperformed the market due to optimisation of the product range. The main products, in particular Algifor®, performed well. For Perskindol® a new crackling spray was launched for amateur and professional athletes. In addition, two new products were launched within the Magnesium® brand. By contrast, Anti-Brumm® suffered as a result of the bad summer weather.

Exports of Consumer Healthcare products were CHF 14.0 million in the period under review, and thus represented an increase in sales of 8.2% (+11.4% in local currency). The best performing product was Perskindol®, which showed double-digit revenue growth in the international markets in the first six months of 2012.

The prewholesale company Alloga consolidated its warehouses, optimised its set-up process and established an integration process in the period under review, improving its interface coverage with pharma customers. In doing so, Alloga benefits from the continuing trend in the pharma and healthcare industry to outsource logistics and goods storage. The Alloga SC coolbox, developed in-house, was introduced in the first half of 2012 by the majority of our partners who offer products chilled to between 2 and 8°C. The Galenica Group is therefore perfectly equipped for the forthcoming tightening of European regulations on pharmaceutical distribution logistics, known as Good Distribution Practice (GDP).

Sales of the Retail business sector increased by 7.1% year-on-year to CHF 583.3 million in the first half of 2012. This growth is remarkable given the general decline in retail sales, increased dispensing of drugs by doctors, price cuts, patent expiries and weather-related effects. Thanks to the strong increase in sales of more expensive prescription medications, strong organic sales growth of 3.2% was registered despite the adverse operating environment. Earnings before interest and taxes (EBIT) improved by 8.7% to CHF 26.3 million year-on-year with stable profitability.

The further expansion of pharmacy formats was a significant factor contributing to volume increases. In the first six months of 2012, a total of ten wholly owned points-of-sale and six run by independent partners was added. Having tested its core range in small pilot pharmacies last year, Amavita introduced it into other pharmacies, including those run by independent partners. Sun Store, the oldest pharmacy chain in Switzerland, is celebrating its 40th anniversary in 2012. The new hair mineral analysis at Coop Vitality pharmacies is receiving a positive response. Cost pressures in the healthcare sector and increasing numbers of high-priced medications demand new, specialist services. In this environment, MediService is growing significantly faster than the market. The number of Winconcept partners continues to increase, with six new pharmacies added in the period under review.

The Federal Administrative Court's decision to shelve the compulsory documentation requirement at Documed resulted, as expected, in a decline in sales for the HealthCare Information (HCI) business sector. Sales declined by 1.9% in the first half of 2012 to CHF 24.5 million. Earnings before interest and taxes (EBIT) amounted to CHF 2.4 million, an increase of 4.1%.

Documed won the European WTO tender from Swissmedic and has consequently been awarded the contract to develop a new system for regulatory drug information (Arzneimittel-Informations-Publikationssystem, AIPS). HCI Solutions has launched a new, more user-friendly generation of TriaPharm® software at Amavita pharmacies' cash desks. Triapharm® is the total management software solution for pharmacies and the new version will also be introduced in Sun Store pharmacies in the second half of the year. Sales activities for TriaMed® were stepped up. Doctors' networks, medical centres and HMOs (health maintenance organizations, health centres) are increasingly using the product.

Galenica is a diversified Group active throughout the healthcare market which, among other activities, develops, manufactures and markets pharmaceutical products, runs pharmacies, provides logistical and database services and sets up networks. The Galenica Group enjoys a leading position in all its business sectors - Pharma, Logistics, Retail and HealthCare Information. A large part of the Group's income is generated by international operations. Galenica is listed on the Swiss Stock Exchange (SIX Swiss Exchange, GALN, security number 1,553,646).

For more information, please visit the company's website at www.galenica.com.