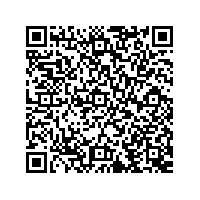 Subscribe to news
(PresseBox) ( Bern, 17-06-07 )
As part of the IPO of Galenica on 7 April 2017, Jean-Claude Clémençon took over the role of CEO Galenica Group in addition to his post as Head Retail Business sector, as had previously been announced. The Galenica Board of Directors has now appointed Daniele Madonna to succeed him as Head Retail Business sector. Daniele Madonna, the current CEO of Coop Vitality, a joint venture between Galenica and Coop, will assume his new role during the fourth quarter of 2017 and will also become a member of the Corporate Executive Committee of the Galenica Group.

Daniele Madonna, born in 1977 in Ticino, studied pharmacy at ETH Zurich and joined the Galenica Group in 2004 as manager of the Coop Vitality pharmacy in Tenero. He later also took over responsi-bility for the Coop Vitality pharmacies in Ticino and Central Switzerland as regional sales manager, before concentrating solely on sales management in the Eastern and Central Switzerland and Ticino regions from 2010 onwards. In 2014, Daniele Madonna was appointed CEO of Coop Vitality, which today comprises 70 pharmacies.

With a federal diploma in pharmacy from ETH and thanks to his professional development and experi-ence, Daniele Madonna has an excellent knowledge of the operational pharmacy business and the Swiss pharmacy and healthcare market. As CEO of Coop Vitality, he has demonstrated strong man-agement skills and an aptitude for operational implementation. He has also expanded his retail knowledge over the years and is therefore ideally equipped for his new role. With over 5,000 employ-ees including Coop Vitality and consolidated net sales of around CHF 1.4 billion, Retail is one of the main pillars of the Galenica Group. The Board of Directors is delighted to have recruited an internal candidate to head this Business sector.

Galenica is the leading fully-integrated healthcare provider in Switzerland. With nearly 500 own, joint venture and independent partner pharmacies, Galenica operates the largest network of pharmacies in Switzerland. In addition, Galenica further develops and offers well-known own brands and products, exclusive brands and products from business partners as well as a variety of on-site health services and tests for customers. Galenica is also the leading provider of pre-wholesale and wholesale distribu-tion as well as database services in the Swiss healthcare market. Galenica is listed on the Swiss Stock Exchange (SIX Swiss Exchange, GALE, security number 36,067,446).