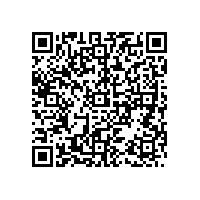 Over the last two years, Funkwerk AG has undergone a radical restructuring programme resulting in a significantly reduced size and increased focus on its core business. In the first quarter of 2013 attention was given primarily to improving the efficiency of its operations and creating more stable processes in the group. Foreign activities were intensified as part of the reorientation measures producing a positive effect on incoming business. New orders in the first three months of 2013 totalled EUR 33.3m (Q1 2012: EUR 29.2m), exceeding the prior-year figure by around 14 per cent. Order backlog was at EUR 76.9m at the end of March 2013 (31 March 2012: EUR 87.5m).

The quarterly figures were adjusted for companies sold in 2012, which included Funkwerk Dabendorf GmbH, Funkwerk Avionics GmbH and the TCC sports display product line, as well as Microsyst Systemelectronic GmbH sold in early May 2013. On this basis, consolidated sales of the continued business segments aggregated EUR 22.6m in the first three months of 2013, falling short as expected of the prior-year figure of EUR 28.4m primarily because of investment reluctance in the public sector. The EBIT between January and March 2013 amounted to EUR -2.9m, compared to EUR -2.5m in the prior-year period. This was due to lower sales that could be compensated only partly by reduced costs following efficiency improvement measures. No impairment charges and restructuring costs were incurred in the reporting period (Q1 2012: EUR 0.2m). Net earnings per share stood at EUR -0.41 (Q1 2012: EUR -0.38).

Cash flow from current operations in the first quarter of 2013 was reported at EUR -4.3m, compared to EUR -3.8m in the prior-year benchmark period. Equity in the Funkwerk group, which employed 789 people at the end of March, decreased to EUR 28.9m (31 December 2012: EUR 32.2m) as a result of the deficit. With stronger contraction of the consolidated balance sheet, the equity ratio increased from 28.5 per cent at 31 December 2012 to 29.7 per cent at the end of March 2013.

Over the next few months, Funkwerk expects further increase in incoming orders for both its segments. The primary factors that are predicted to have a positive effect on the trend of business are specific efforts to improve the company's position in key growth markets and its technological lead in a number of market sectors. Against this backdrop, Funkwerk has confirmed its forecast for the full year, expecting sales in the group to remain steady at prior-year level (sales in 2012: EUR 141.3m). Earnings are projected to improve on the previous year, as the initiated cost saving measures will take full effect in 2013 (EBIT 2012: EUR -5.1m).

The full interim report is available on the Internet at www.funkwerk.com.