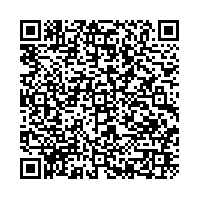 • Prof. Dr. med. D. Michael Albrecht, Medical Director and Spokesman of the Management Board of the Universitätsklinikum Carl Gustav Carus Dresden; member of the Supervisory Board since 2011

• Michael Diekmann, former Chief Executive Officer of Allianz SE; member of the Supervisory Board since 2015

• Dr. Gerd Krick, former Chief Executive Officer of Fresenius AG; member of the Supervisory Board since 2003

• Hauke Stars, Member of the Management Board of Deutsche Börse AG

If elected by the Annual General Meeting, Prof. Dr. med. Iris Löw-Friedrich und Ms. Hauke Stars will join the Supervisory Board as new shareholder representatives. Prof. Dr. Roland Berger, a member since 2008, and Gerhard Roggemann, a member from 1998 to 2004 and again since 2011, will leave the Supervisory Board at the close of the Annual General Meeting.

All candidates are nominated for a five-year term, ending with the close of the 2021 Annual General Meeting. If re-elected to the Supervisory Board, Dr. Gerd Krick will be proposed for election as Chairman.

The Supervisory Board of Fresenius SE & Co. KGaA consists of 12 members. The six employee representatives are elected by the European works council.

Fresenius is a global health care group, providing products and services for dialysis, hospital and outpatient medical care. In 2015, Group sales were €27.6 billion. On December 31, 2015, the Fresenius Group had 222,305 employees worldwide.