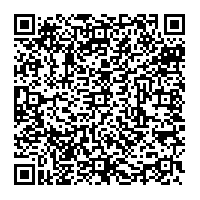 Subscribe to news
(PresseBox) ( Bad Homburg, 13-05-17 )
After setting new records for sales and earnings last year, Fresenius is expecting further increases in fiscal 2013. At the Annual General Meeting in Frankfurt today, Ulf Mark Schneider, CEO of Fresenius, confirmed the global health care group's goal of exceeding €20 billion in sales this year. Additionally, net income* is forecast to exceed €1 billion - a target that had originally been set for 2014.

Fresenius SE & Co. KGaA shareholders voted with a majority of 99.99% at the Annual General Meeting to approve the 20th consecutive dividend increase proposed by the general partner and the Supervisory Board. Shareholders will receive €1.10 per common share (2011: €0.95), a substantial 16% increase that reflects the new dividend policy of aligning growth in the dividend with the growth in earnings per share before special items. The company is hereby maintaining a payout ratio in the 20 to 25% range.

Shareholder majorities of 99.91% and 98.70% approved the actions of the Management and Supervisory Boards, respectively, in 2012.

At the Annual General Meeting, 73.63% of the subscribed capital was represented.

Fresenius is a health care group with international operations, providing products and services for dialysis, hospital and outpatient medical care. In 2012, Group sales were €19.3 billion. On March 31, 2013 the Fresenius Group had 171,764 employees worldwide.