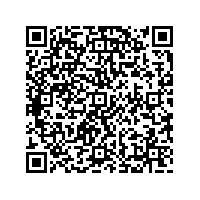 The earnings development was mainly driven by Fresenius Kabi, especially in North America, where new product launches and strong demand due to drug shortages contributed to growth.

The detailed financial results for the first half of 2010 will be announced on August 3, 2010, as originally scheduled.

1 Net income attributable to Fresenius SE; adjusted for the effects of marktomarket accounting of the Mandatory Exchangeable Bonds (MEB) and the Contingent Value Rights (CVR) related to the acquisition of APP Pharmaceuticals. Both are noncash items.

Fresenius is a health care group with international operations, providing products and services for dialysis, hospital and outpatient medical care. In 2009, Group sales were approximately €14.2 billion. On March 31, 2010, the Fresenius Group had 132,242 employees worldwide.

For more information, visit the company's website at www.fresenius.com.