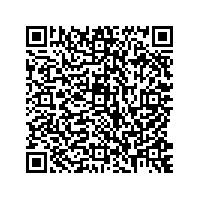 Ulf Mark Schneider, CEO of Fresenius SE: "Our continued focus on revenue growth and the Group's operating margin proved to be successful. All business segments achieved excellent financial results. Fresenius Kabi significantly exceeded our expectations, primarily due to the successful sales and earnings development of APP Pharmaceuticals in North America. We are very confident about our prospects for the second half of 2010 and raise our earnings outlook for the Group."

The improved earnings outlook already includes expected onetime expenses of €10 million to €20 million pretax which Fresenius Kabi plans to invest in further efficiency improvements in Europe in the second half of 2010.

The Group plans to invest approximately 5% of sales in property, plant and equipment.

The net debt/EBITDA ratio is expected to reach a level below 3.0.

The other financial result was -€96 million and includes valuation changes of the fair redemption value of the Mandatory Exchangeable Bonds (MEB) of -€117 million and the Contingent Value Rights (CVR) of €21 million. Both are noncash items.

Noncontrolling interest increased to €267 million (H1 2009: €240 million), of which 94% was attributable to the minority interest in Fresenius Medical Care.

For the net debt/EBITDA leverage calculation, net debt is translated at the currency spot rates as of June 30, whereas EBITDA is translated at the average exchange rates of the last twelve months. Due to the strengthening of the U.S. dollar against the euro, the net debt/EBITDA ratio increased to 3.16 as of June 30, 2010 (Dec. 31, 2009: 3.01). At identical exchange rates for net debt and EBITDA, the ratio further improved to 2.92.