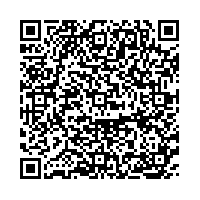 DSI is the automotive industry's most widely adopted bus standard used to connect remotely placed sensors to the main airbag electronic control unit (ECU) in automobiles. The consortium will actively seek broader industry participation to enhance the capability of bus systems, while also expanding the range of applications beyond automotive and into industrial control and networking. Consortium members will be free to use the DSI standard and will be able to influence the development of future generations of the DSI standard.

"With the establishment of this consortium, we expect acceleration in the development of advanced competitive DSI standards that have higher performances and lower costs, as well as help expand the DSI standard in the market," said Mitsuhiko Masegi, DENSO's managing officer responsible for the Information & Safety Systems Business Group.

With this announcement, the DSI Consortium unveils DSI 2.5, the next-generation standard. The consortium will also work to develop the DSI 3.0 standard, which will aim to increase bus performance such as electromagnetic compatibility (EMC) signature and transmission speed.

The DSI protocol has been adopted by the world's leading supplemental restraint system (SRS) airbag manufacturers. Currently, more than a dozen automotive OEMs have included DSI-based systems in their vehicles. DSI-compliant products have been in production for many years. Demand for airbag-related systems is driven by legislation, consumer influences and automotive growth in emerging markets.

"As automotive airbag systems continue to become more sophisticated and require more collision detection sensors, car manufacturers face pressures to reduce cost while enhancing safety," said Tom Deitrich, senior vice president and general manager of Freescale's RF, Analog and Sensors Group. "This consortium will enable implementers of the DSI safety bus to participate in the evolution of the standard and to continue providing robust, high-speed communications for the growing number of collision sensors planned to be used in new vehicles."

"As a global leader in the development of active and passive safety systems, TRW looks forward to the further development of advanced network protocols and is already at work on enhanced future generations for DSI," said Martin Thoone, vice president of TRW Electronics Engineering.

To learn more about the DSI Consortium, membership requirements and to gain access to the latest specifications, product links, application notes and contacts, visit www.dsiconsortium.org.

DENSO Corporation, headquartered in Kariya, Aichi prefecture, Japan, is a leading global supplier of advanced technology, systems and components. Its customers include all the world's major carmakers. Worldwide, the company employs approximately 120,000 people in 32 countries and regions, including Japan. Consolidated global sales for the fiscal year ended March 31, 2009 totalled US$32.0 billion. DENSO common stock is traded on the Tokyo, Osaka and Nagoya stock exchanges. For more information, go to www.globaldenso.com, or visit our media website at www.densomediacenter.com

Freescale Semiconductor is a global leader in the design and manufacture of embedded semiconductors for the automotive, consumer, industrial and networking markets. The privately held company is based in Austin, Texas, and has design, research and development, manufacturing or sales operations around the world. www.freescale.com