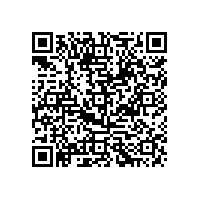 
The biosimilars company Formycon from Martinsried near Munich has ended the 2016 financial year successfully and significantly advanced the development of its product candidates. The clinical phase III study of the most advanced biosimilar candidate FYB201 (ranibizumab), a follow-on drug to the successful ophthalmic agent Lucentis®*, is proceeding as planned. Formycon is therefore affirming its objective of marketing FYB201 as the first Lucentis® biosimilar under the responsibility of its licensing partner following the expiry of the Lucentis patent in the USA in 2020.

The development of FYB203 (aflibercept), a biosimilar candidate for Eylea®**, which is currently in its pre-clinical phase, is also advancing in line with expectations. With FYB201 and FYB203, Formycon’s development pipeline comprises the two most important and best-selling drugs for intraocular anti-VEGF treatments, one of the fastest-growing treatment sectors on the pharmaceutical market.
Both projects are licensed out. Formycon is also working on the development of the two other biosimilar projects FYB202 and FYB205. The company will be releasing details of these products at a later date.

Formycon’s economic development also progressed as expected in 2016. The Group increased its turnover by more than 15 percent compared to the previous year to Euro 19.5 million (2015: 16.9 million). Sales were essentially generated from ongoing remunerations from licensing partners for the product development of FYB201 and FYB203.

In view of the expected higher expenditure on development caused by the on-plan project progress of the as yet un-licensed biosimilar developments, the Group’s earnings before interest, tax and depreciations (EBITDA) was Euro -3.37 million (2015: 1.47 million), with the net loss for the year being Euro -4.07 million (2015: 0.58 million). The Group's equity ratio of 82.9 percent (2015: 91.6) is at an above-average level as in previous years. The company has no financial liabilities. Stocks of liquid assets, including securities, totaled Euro 14.0 million on the day of reporting. Including short-term receivables from deliveries and services worth Euro 5.2 million, Formycon held liquid assets of around Euro 19.2 million (2015: 23.1 million).

Formycon AG as the Group's actual operational unit achieved a turnover of Euro 13.9 million (2015: 13.6 million) and had a net deficit of Euro -4.18 million (0.6) on a background of increased development expenditure.

The workforce has grown significantly from 53 to 70 over the past year. This reflects the increased demand for resources associated with the expansion and growing maturity of the product pipeline.

Dr. Nicolas Combé, Director and CFO of Formycon, believes that the company is on the right path: “By the year end, we anticipate that we will have achieved further major milestones in our development projects. These should include the clinical trial of our biosimilar candidate FYB201. We also expect news for FYB202, the marketing rights for which are still fully owned by Formycon. Given its solid financial foundations and ongoing revenue, Formycon is in excellent shape. For the 2017 financial year, we anticipate an annual turnover in the region of Euro 25 million.”

Dr. Stefan Glombitza, who has been responsible for operational business since October 2016 as the third member of the board, also believes the company is well positioned in relation to its operational divisions: “Over the last year we have significantly expanded Formycon’s development division and we will continue to do upgrades in accordance with our progress. Our significant scientific expertise, coupled with efficient processes in development will support our objective to gain on time marketing authorizations and achieve further important milestones while we are advancing our biosimilar product pipeline.”

The full annual report is available on the Internet at www.formycon.com/investors/financial-reports. The English version will be published at the end of May.

Disclaimer
This press release may contain forward-looking statements and information which are based on our current expectations and certain assumptions. Various known and unknown risks, uncertainties and other factors could lead to material differences between the actual future results, financial situation, performance of the company, development of the products and the estimates given here.

Such known and unknown risks and uncertainties comprise, among others, the research and development, the regulatory approval process, the timing of the actions of regulatory bodies and other governmental authorities, clinical results, changes in laws and regulations, product quality, patient safety, patent litigation, contractual risks and dependencies from third parties. With respect to pipeline products, Formycon AG does not provide any representation, warranties or any other guarantees that the products will receive the necessary regulatory approvals or that they will prove to be commercially exploitable and/or successful.

Formycon AG assumes no obligation to update these forward-looking statements or to correct them in case of developments which differ from those anticipated.
This document neither constitutes an offer to sell nor a solicitation of an offer to buy or subscribe for securities of Formycon AG. No public offering of securities of Formycon AG will be made nor is a public offering intended.
This document and the information contained therein may not be distributed in or into the United States of America, Canada, Australia, Japan or any other jurisdictions, in which such offer or such solicitation would be prohibited. This document does not constitute an offer for the sale of securities in the United States.

Formycon is a leading, independent developer of high-quality follow-on products for biopharmaceutical medicines known as biosimilars. The company focuses on ophthalmology treatments and on other key chronic diseases, covering the entire added value chain from technical development to the clinical phase III and approval. With its biosimilars, Formycon is making a major contribution towards providing as many patients as possible with access to vital and affordable medicines. Formycon currently has four biosimilars in development, two of which have already been licensed out.