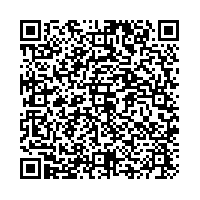 Firstextile AG (ISIN: DE000A1PG8V8) is vigorously pushing ahead its expansion plans to capture the opportunities in the growing shirts market. Its 100% subsidiary Jiangyin Firstextile Co., Ltd., held the ground-breaking ceremony for their new plant on 30th April 2013 in Jiangyin, Jiangsu, China. The new plant is located next to the current plant and will double the annual capacity up to 72 million meters (current capacity 36 million meters). The whole investment for this new plant construction will reach approx. EUR 37.5 million.

After the planned design phase in Q1, Firstextile has started its plant construction phase on 30th April which will take approx. 6-8 months according to James Fu, COO of Firstextile AG. The plant will be built directly next to the current plant on the 55 acres land acquired by the company in July 2011. By adding additional 36 million meters capacity, the overall capacity will be doubled in accordance with the expansion strategy. The production line will duplicate the existing one with the same high-end textile machineries. Initial production activity in the new plant is expected to start by end of this year according to Mr. Fu. In the first half of 2014, the new plant should achieve an efficient production level and contribute to increasing revenues from 2014 onwards.

Fred Yang, CEO and the founder of Firstextile AG, comments: "This is a big step forward in our capacity expansion plan. It not only shows the record of our growing business development, but proverbially also "cements" our commitments to our investors who granted us with their trust when we were hindered by our limited production capacity. We will purposefully further execute our growth strategy to exploit the growing market opportunities, which lead to increasing value for our shareholders."

On 12 November 2012, Firstextile AG went public in Germany on Prime Standard at Frankfurt Stock Exchange. One of the reasons for going public was to access additional financing to eliminate the current production capacity constraint. The company produces annually 36 million meters fabrics, while running production at full capacity, which can hardly meet the large demand which it receives from the market; therefore a capacity expansion was inevitable to further grow the business. In alignment with prior communication, the expansion with an investment size of approx. EUR 37.5 million will be jointly financed with a majority of the IPO proceeds and partly from the current cash position (EUR 49.5 million as of 31 December 2012) of the company.

Firstextile is the leading manufacturer of high-end yarn-dyed fabric in the Chinese market with a market share of approx. 9% in terms of volume in 2011. It also markets fabric and shirts specifically designed for uniforms used by Chinese government institutions and enterprises, as well as its own branded men's shirts with the two brands "Varpum" and "Firstextile" for the Chinese premium market segment. The company operates modern production facilities in Jiangyin near Shanghai, China, which is one of the main centres of the Chinese textile industry and it focuses particularly on high product quality. As the company already operates almost at its maximum capacity it plans to use the net proceeds from the successful completion of the IPO in November 2012 and further cash flows to double the current after-finishing capacity of 36 million metres to 72 million metres in order to meet future demand. At the same time, weaving capacity is intended to be expanded from short of 11 million metres to 27 million metres and dyeing capacity from 7,900 tons to 15,800 tons.