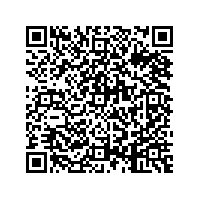 Firstextile AG (FT8) has today published its financial figures for the first three months of 2013, reporting a positive start into the current financial year. The company maintains the previous years' positive trend by increasing revenue and profit.

Fred Yang, founder and CEO of Firstextile, commented the results: "The positive business development reflected by our Q1 figures is an excellent start into the current financial year. Within the reporting period we were able to increase both our top line and bottom line. As a pre-approved supplier for government institutions and large state-owned enterprises together with our coherent strategy to increase our distribution network we are excellent positioned to successfully address future market demand." Richard Cao, CFO, adds: "Currently, further growth is only limited by our capacities which are already fully utilized. Therefore we are already building up a new production facility to meet the high demand on our products. Initial production activity of the new plant is expected to start in the last quarter of this year. Due to this, the continuing positive economic environment and the currently good performance in all three business segments we are very confident to reach our goals in 2013."

Revenue in the Uniforms segment remained on a stable level compared to the previous year's period and amounted to EUR 12.7 million (Q1 2012: EUR 13.7 million). This slight decrease is due to the fact that revenue in the first quarter 2012 was extraordinarily high reflecting mainly one additional bulk order. Since revenue in the Uniforms segment generally depends on relatively few large orders a fluctuation in revenue quarter-on-quarter in this segment is not exceptional. On group level the Uniforms segment contributed 26.6% of total revenue compared to 37.2% in Q1 2012. Gross profit decreased by 46.5% to EUR 1.9 million (Q1 2012: EUR 3.6 million) as a result of large orders that were carrying much lower gross profit margins and were mainly received from customers in the private security sector since the last quarter of 2012.

In its third business unit the company sells shirts under the brands "Varpum" and "Firstextile" as well as other branded products like suits, jackets, pants, sweaters, t-shirts, shoes or other accessories. The segment that previously was referred to as the Shirts segment now is the Branded Products segment and comprises the same product range like in Q1 2012. Revenue in the Branded Products segment remained on a comparable level as in the first quarter 2012 and amounted to EUR 3.6 million compared to EUR 3.9 million in Q1 2012. Nonetheless it has to be noted that around half of the revenue in the previous year's first quarter was attributable to large orders of three new distributors engaged in late March 2012. Adjusted by this exceptional effect the revenue level in Q1 2013 reflects a sustainable improvement in this segment year-on-year. On a group level the Branded Products segment contributed 7.6% of the revenue in the first three months 2013 compared to 10.7% in the same period previous year. Gross profit remained stable at EUR 2.8 million in the reporting period, compared to EUR 3.0 million in Q1 2012.

As of today, the complete 2013 three-month report can be downloaded from the company's website at www.firstextile.de, within the "Investor Relations" area.

Firstextile is the leading manufacturer of high-end yarn-dyed fabrics in the Chinese market with a market share of 9% in terms of volume in 2011. It also markets fabrics and shirts specifically designed for uniforms used by Chinese government institutions and enterprises, as well as its own branded men's wear for the Chinese premium market segment. The company operates modern production facilities in Jiangyin near Shanghai, China, which is one of the main centres of the Chinese textile industry, and it focuses particularly on high product-quality. Net proceeds from the successful completion of the IPO in November 2012, will primarily be used to double annual production capacity from the current 36 million metres to 72 million metres within this year.