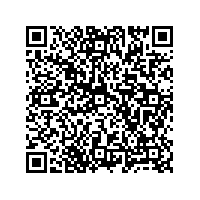 Subscribe to news
(PresseBox) ( Wiesbaden, 08-11-07 )
.
- Tournament of the Grand Final of the World Cyber Games 2008 finally begins!
- Olympic spirit is shown by all participants.
- 500 journalists from around the world underline the massive international interest in the event.

At last! Yesterday, on November 6th, 2008 the gameplay of the 2008 World Cyber Games Grand Final finally got underway. At last the anticipation gave way to the thrill of the game, and many of the 800 participating players had their first test of skills.

The Olympic spirit filled Koelnmesse, as even many of those players who were not actually "in action" at the time still remained in the hall to cheer their team mates and to check out the competition.

The players were also clearly delighted by the supporting programme in the hall, as many took the opportunity of trying out some of the many attractions that the WCG partners had on offer. When not playing in tournament, some players could, amongst others, be seen playing golf, climbing, skateboarding or racing cars. It goes without saying, that in the light of such fantastic entertainment, the setting, organization and general program of this year's Grand Final was praised by players, officials and spectators alike.

The second most numerous participants of the day, after the players themselves, were in fact the journalists. It is estimated that some 500 from around the world were present, underlining the massive interest in the event across the globe!

Qualified players for the next match of Nov 6, Day2