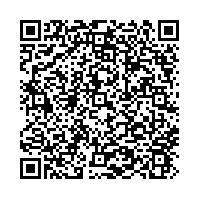 Change on the Executive Board of Evonik Industries AG: Colberg to take over from Wagner

At today's meeting chaired by Wilhelm Bonse-Geuking, the Supervisory Board of Evonik Industries AG, Essen (Germany) formally endorsed the retirement of the company's Chief Financial Officer, Heinz- Joachim Wagner (62), who will be leaving the Executive Board as of April 30, 2009. At its meeting on December 18, 2008, the Supervisory Board appointed Dr. Wolfgang Colberg (49), previously a Member of the Board of Management of BHS Bosch und Siemens Hausgeräte GmbH, Munich (Germany), to succeed Mr. Wagner as CFO. He will be joining the Executive Board on April 1, 2009.

Bonse-Geuking thanked Mr. Wagner in the name of the Supervisory Board: "Mr. Wagner has rendered tremendous service to the Evonik Group and contributed to its successful development through his outstanding commitment and expertise. He has earned the sincere gratitude of the Supervisory Board." Bonse-Geuking added: "In Dr. Colberg, the Executive Board is gaining a highly regarded specialist. I am sure that he will play a successful role in shaping the future development of Evonik both internally and on the capital markets."

Evonik Industries is the creative industrial group from Germany which operates in three business areas: Chemicals, Energy and Real Estate. Evonik is a global leader in specialty chemicals, an expert in power generation from hard coal and renewable energies, and one of the largest private residential real estate companies in Germany. Our strengths are creativity, specialization, continuous self-renewal, and reliability. Evonik is active in over 100 countries around the world. In its fiscal year 2007 about 43,000 employees generated sales of about €14.4 billion and an operating profit (EBITDA) of more than €2.2 billion.

Recommend Change on the Executive Board of Evonik Industries AG: Colberg to take over from Wagner press release