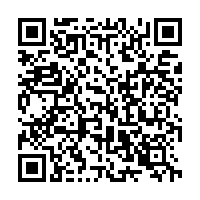 Subscribe to news
(PresseBox) ( Paris, 14-07-10 )
The surface of Mars is pocked and scarred with giant impact craters and rocky ridges, as shown in this new image from ESA's Mars Express that borders the giant Hellas basin in the planet's southern hemisphere.

The Hellas basin, some 2300 km across, is the largest visible impact structure in the Solar System, covering the equivalent of just under half the land area of Brazil.

The images presented here were taken on 13 January 2014 by the high-resolution stereo camera on Mars Express and feature a portion of the western rim of the Hellas basin, which slopes into the foreground.

This view highlights the Hellespontus Montes, a rough chain of mountain-like terrain that runs around the rim of the basin, seen here as an uneven ridge curving across the top of the main colour, topography and 3D images, and extending to the right in the perspective view.

This feature is a product of the final stages of the formation of the vast Hellas impact basin itself, most likely as the basin walls - which were first pushed outwards by the extraordinary forces at work during the formation of the basin - later collapsed and sank inwards to create the observed stair-stepped shape.

Several craters throughout the scene display wrinkled and rippled features: the close-up of the crater in the foreground of the perspective view highlights a particularly interesting example where the wrinkles form a roughly concentric pattern, with ever-smaller arcs towards the structure's centre.

This type of feature is known as 'concentric crater fill', and is thought to be associated with snowfall and freezing cycles in an earlier and wetter period of martian history.

During this period, snow fell and covered the surface and later moved downhill into the crater. Once inside the crater, the snow became trapped and soon covered by surface dust, before compacting to form ice.

The number of concentric lines indicates many cycles of this process and it is possible that craters like these may still be rich in ice hidden beneath just tens of metres of surface debris.

Meanwhile, the largest impact crater in the image (top left in the main colour, topography and 3D images) shows a degraded, layered crater deposit with several 'islands' of material that have been eroded by powerful winds.

Here and elsewhere in the scene, the formation of dunes building up around impact structures and at the base of Hellespontus Montes further indicates the role of strong winds shaping this scene.

Last but certainly not least, intricate valleys lead down from the Hellespontus Montes and weave through and across the smoother surrounding plains.

This complex region shows that many of nature's forces have left their mark here over time, from the formation of the Hellas basin billions of years ago, to the slow and steady changes created by wind and snowfall over millions of years.