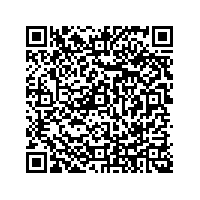 ESA astronaut Roberto Vittori to fly to ISS in 2010

Subscribe to news
(PresseBox) ( Paris, 09-08-11 )
ESA astronaut Roberto Vittori from Italy has been assigned as a Mission Specialist to Space Shuttle mission STS-134, which is currently scheduled for launch to the International Space Station (ISS) in July or September 2010. This mission will deliver the Alpha Magnetic Spectrometer (AMS) to the Station. Vittori's flight opportunity stems from a bilateral agreement between the Italian space agency (ASI) and NASA involving the utilisation of the Italian-built Multi Purpose Logistics Modules.

It will be Roberto Vittori's third flight into space and to the International Space Station, but his first on the Space Shuttle. In April 2002, Vittori spent 10 days on the ISS performing a concise experimental programme. Three years later, he returned to the Station for another 10 days this time to conduct an extensive programme consisting of 22 experiments. On both missions Roberto Vittori flew as a Flight Engineer on the Russian Soyuz spacecraft.

"This assignment underlines once again the strong and long-lasting cooperation between the European Space Agency and the Italian space agency," said ESA Director General Jean-Jacques Dordain. "The choice of Roberto Vittori for this mission fits well with ESA's plans for the utilisation of its astronaut corps, with an experienced astronaut capable of performing missions that suit the needs of both ESA and ASI, as well as those of the Italian Air Force."

"Roberto Vittori's mission," said Enrico Saggese, ASI President, "represents a further achievement resulting from the bilateral cooperation between ASI and NASA, in the framework of the agreement on the utilisation of the Italian modules Leonardo, Raffaello and Donatello, with the important support of the European Space Agency, and confirms Italy's key role in what is such an ambitious international undertaking: the ISS programme."

"After the two Soyuz flights in 2002 and 2005 I am now looking forward to flying in 2010 on the Space Shuttle," said Roberto Vittori, adding, "The ISS has changed considerably in the last few years. Most importantly, Europe's Columbus space laboratory has been attached, allowing

European scientists to conduct more and more experiments in conditions of weightlessness." Vittori will be the first ESA astronaut from Italy to have flown on both the Shuttle and Soyuz.

"I am very satisfied with Roberto Vittori's assignment to STS-134 along with the AMS experiment," said ESA's Director of Human Spaceflight Simonetta Di Pippo. "This is an important mission for science, for human spaceflight and for Europe and Italy in particular. As we demonstrate how critical the ISS can be in supporting great scientific quests, we are also marking two important achievements rooted in international cooperation: AMS, which is supported by 16 countries worldwide, and Vittori's assignment, which is made possible by the cooperation between ASI, which owns the flight opportunity, ESA and NASA."

"This is the second flight of a European astronaut scheduled for 2010," Di Pippo added. "We have flown astronauts regularly in the last few years, even flying two missions a year since 2008. We are working very hard to secure and carry out those missions for the benefit of Europe and ESA's Member States, and are committed to obtaining additional flight opportunities so as to exploit all our potential in terms of research, training and to gain even more experience. This assignment is further recognition of the level we and the European Astronaut Corps have attained and demonstrates the maturity human spaceflight has acquired in Europe. It is a very solid basis on which to prepare future cooperative undertakings in human spaceflight and exploration."

The flight will include three spacewalks and the installation of AMS to the exterior of the Space Station. Once attached to the right side of the Station's truss, AMS will collect information from cosmic sources to search for evidence of anti-matter and further advance our knowledge of the Universe. Before its flight, AMS will arrive at ESA's research and technology centre, ESTEC, in the Netherlands in November 2009 to undergo an extensive three-month test campaign.