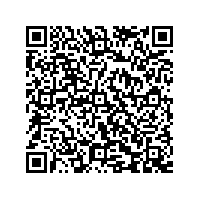 (PresseBox) ( Leipzig, 10-08-19 )
European Energy Exchange AG (EEX) has laid the foundation for further growth with a number of measures which are reflected in the positive development of business during the first half of the year 2010. These included the simplification and improvement of the trading participants' technical connection to the EEX systems and the consistent expansion of customer loyalty measures, internal processes and structures. And it was, not least, the company's expansion strategy based on partnerships which has again made an important contribution to this business success.

Overall, the figures for the first half of the year 2010 show a significant increase across all fields. Over the first six months of the current year sales revenue increased by 28 % to EUR 22.6 million (2009: EUR 17.7 million) as against the same period last year. The Power Derivatives Market, which accounted for EUR 15.3 million (previous year: EUR 12.4 million), proved to be the mainstay of revenue. The sales revenue from the clearing cooperations including clearing for EPEX Spot totalled EUR 4.18 million, the Spot Market for Natural Gas and Emissions accounted for EUR 0.51 million, the annual fees amounted to EUR 1.56 million and other revenue accounted for EUR 0.67 million.

At EUR 12.2 million the operating result (EBITDA) almost doubled during the period under review as against the same period last year (EUR 6.5 million). The same also applies with regard to the result before taxes (EBT), which increased from EUR 5.7 million to EUR 11.5 million during the first six months of the year 2010. As of 30 June 2010, a total of 256 trading participants from 22 countries operated on the EEX markets in contrast to 230 trading participants from 21 countries as of 30 June 2009.

During the first half of the year 2010 a total of 668.8 terawatt hours (TWh) was traded on the EEX Power Derivatives Market which corresponds to an increase of 22 percent as against 546.5 TWh traded during the same period last year. The share of the exchange traded power volume on the Derivatives Market has grown significantly. With 256.4 TWh the volume more than doubled as against the previous year (1st half of 2009: 132.6 TWh). Exchange trading contributed EUR 6.6 million (1st half of 2009: EUR 3.5 million) to the total revenues of EUR 15.3 million on the Power Derivatives Market. However, at 403.2 TWh the OTC clearing volume remained a little below the value for the previous year at 413.9 TWh.

As during the previous year the Spot Market for trading in natural gas continued to develop at a very high speed as against the previous year. During the first six months of the year the volume traded shortterm rose to 6.7 TWh (GASPOOL and NCG market areas) up from 1.1 TWh during the same period in 2009. In this context, withinday trading, which was launched in March, has made a decisive contribution to the development on the Natural Gas Spot Market. Moreover, at 17.8 TWh the volumes on the Natural Gas Derivatives Market are also considerably above the level achieved in the previous year (1st half of 2009: 5.2 TWh).

Positive development at a low level for coal futures

A positive development is also recorded in coal trading, albeit still at a very low level. In this field, a total of 894,000 tonnes was traded in the first half of 2010 as against 27,000 tonnes during the same period in the previous year.

EEX has made considerable investments in the improvement of market access for the trading participants as well as in its IT infrastructure and the security of its processes and laid the foundation for further growth this way. The increases beyond power recorded recently encourage EEX to continue its course of becoming an energy generalist. With regard to natural gas trading, EEX wants to expand liquidity on the Spot and Derivatives Market and - as in the case for power - also establish a reference price for natural gas. In the field of emissions trading EEX already commands reliable knowhow and experience in auctioning of emission allowances on the primary market. On this basis it wants to continue this task beyond the year 2013. For the financial year 2010 EEX expects pretax profits considerably above the level for the previous year. Furthermore, the EEX Management Board expects a dividend which will at least correspond to the amount of the dividends paid for the previous year.