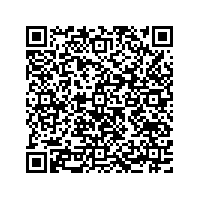 Subscribe to news
(PresseBox) ( Beijing, 09-08-26 )
Eurocopter is pleased to announce the contract signature of another 2 EC225 helicopters with the Ministry of Transport (MOT) / China Rescue and Salvage Bureau (CRS) today.

"This purchase underlines the MOT's continued vote of confidence in our product range. The EC225 helicopter boasts modern Search and Rescue (SAR) capabilities and we are extremely confident in its strong market potential in China", says Mr. Norbert DUCROT, Senior Vice-President Asia Pacific Sales for Eurocopter.

Captain SONG Jiahui Director General of the CRS remarks at this occasion, "We have successfully completed several successful operations with the EC225 helicopters over the last 2 years and we are very pleased with their performance. We are convinced that this new acquisition will help us to better meet the demands of a professional maritime rescue team and protect the safety of our people during times of natural catastrophes".

To be delivered in 2011, these 2 new EC225 helicopters will be operated by the China Rescue and Salvage Bureau for SAR missions. They will strengthen the MOT's existing fleet of 10 helicopters and 2 fixed wing aircraft, which are currently operated by 4 flight teams stationed throughout China.

The EC225 helicopters are twin-engine heavy helicopters in the 10/11 ton class which have already shown their worth in previous operations with the CRS: they recently rescued 11 seamen in tortuous weather conditions during the Morakot typhoon in August and saved over 100 lives during the Sichuan relief effort last year.

These noteworthy accomplishments serve as incontestable evidence of the EC225 helicopter being the world reference for SAR missions. The 2 EC225s for the CRS will be equipped with state-of-the-art equipment such as search lights, hoists etc.

In the Chinese market for civil helicopters, Eurocopter is the leader with more than 40 percent market share, thanks to its long lasting, loyal and successful partnership with the Chinese industry and authorities. Today, around 400 helicopters from the Eurocopter family, including those manufactured under licensed production, are currently flying in the country.

The China Rescue and Salvage Bureau is a team of Search and Rescue professionals with proven skills. Since its creation, the CRS has accomplished numerous successful missions at sea and saved the lives of 1,123 people. It has laid a solid foundation for the establishment of a comprehensive search and rescue system in China. Through its operations, the CRS fully highlights the founding values of the Chinese government - to place the interests of its people as its top priority, to the safeguard the lives of its citizens and to build a harmonious society

FlexQube receives an order worth $380 000 from BRP